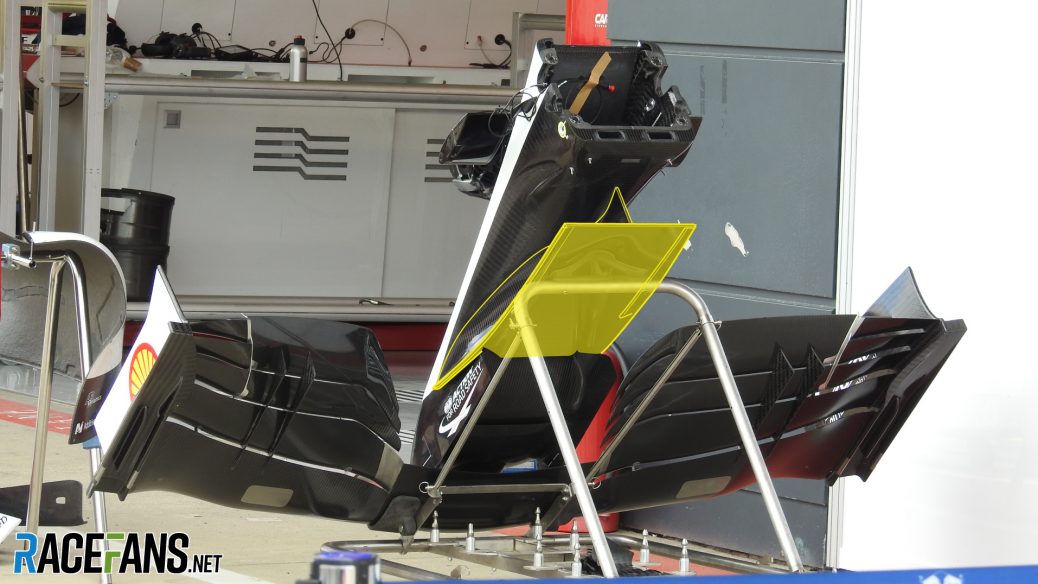 While other teams with similar problems have held back major aero updates while they get to grips with them, Alfa Romeo continues to push on with major revisions to the C38.
The team’s Silverstone update included the addition of a cape under the nose vane, plus a revised nose cone and front wing.
This makes Alfa Romeo the seventh team to adopt the cape pioneered by Mercedes in 2017.
Having already developed quite a complex nose arrangement, with the holes through the nose tip and S-Duct, the addition of the cape (highlighted yellow) make the C38’s one of the most complex on the grid.