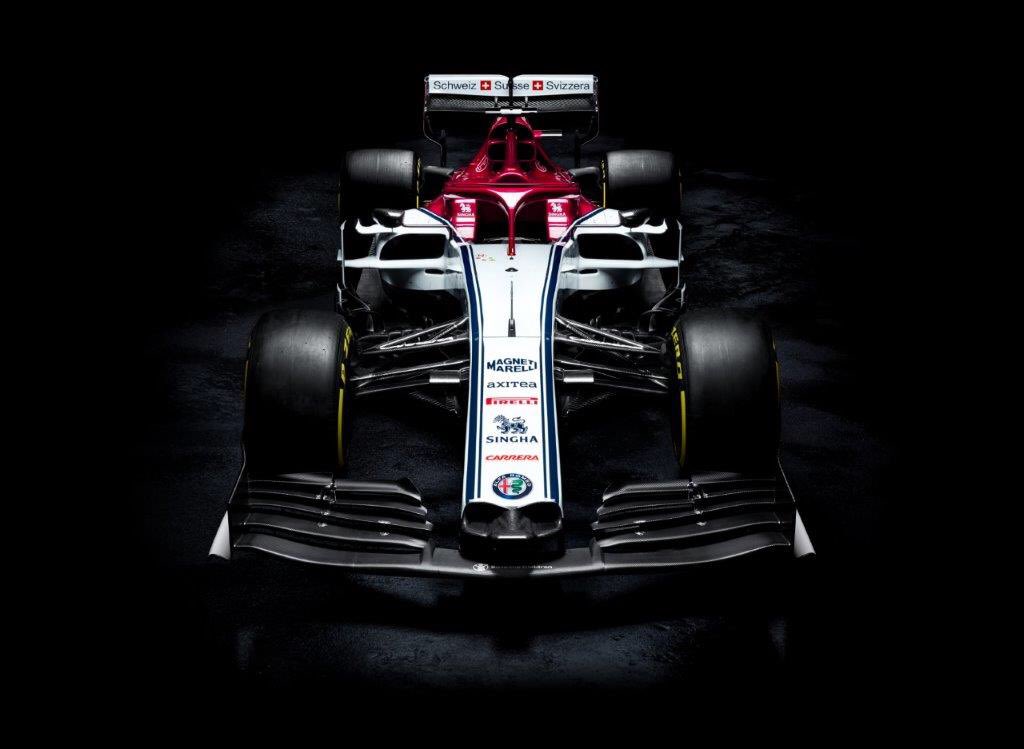 Alfa Romeo Racing’s 2019 F1 challenger has been unveiled by drivers Kimi Raikkonen and Antonio Giovinazzi in the Barcelona pitlane.
Alfa Romeo Racing’s 2019 Formula 1 car has been officially revealed ahead of the start of the first day of pre-season testing at Barcelona.
Former Ferrari driver Kimi Raikkonen heads a new-look driver line-up for Alfa Romeo, with Scuderia protege Antonio Giovinazzi returning to the team he made his grand prix debut with two years ago for his first full F1 season.