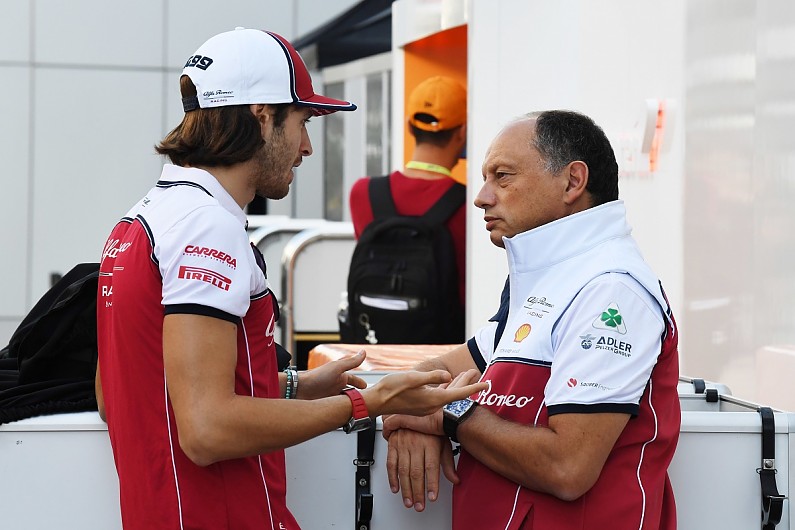 Alfa Romeo Formula 1 boss Fred Vasseur admits that he was “expecting better” than eighth place from the team in 2019 after its recent run of non-scores continued in Austin.
Alfa has scored just three points since the summer break, and has failed to get a car in the top 10 in five of the past seven events.
Fred Vasseur: “In quali we are moving between P9, because McLaren is a bit in front, and P16, and if you want to score points you have to be consistent, with zero mistakes.”