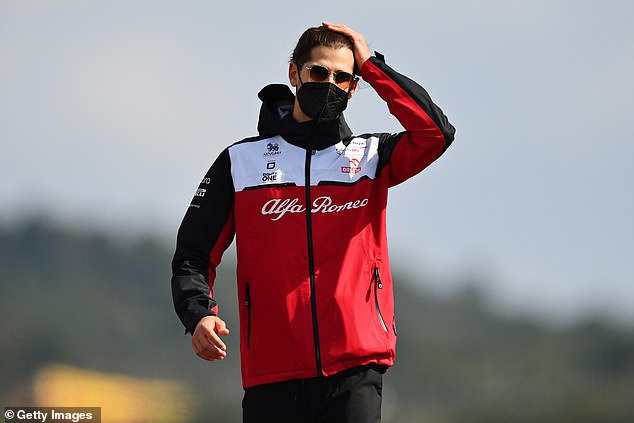 Alfa Romeo boss Fred Vasseur has fired back at his driver Antonio Giovinazzi, following comments the Italian made after finding out he will be replaced for the 2022 season. Honestly, I’m not a big fan of this kind of attitude: also because the team gave him the chance to do three seasons in F1, and Alfa Romeo gave him the chance to do three seasons in F1. Giovinazzi has been with Alfa Romeo for three seasons and failed to finish ahead of 2007 champion Kimi Raikkonen in the standings over the past two campaigns. Giovinazzi has had bad luck at various stages of this season which has prevented him from scoring more points. Alfa Romeo were previously left frustrated in Turkey, that the Italian ignored a team order to let Raikkonen through to try and score points. Vasseur said the combination of rookie Zhou and the experienced Bottas was a great thing to have next season. On Bottas, the team owner said: ‘I think for Valtteri it was important to have this position into a team.