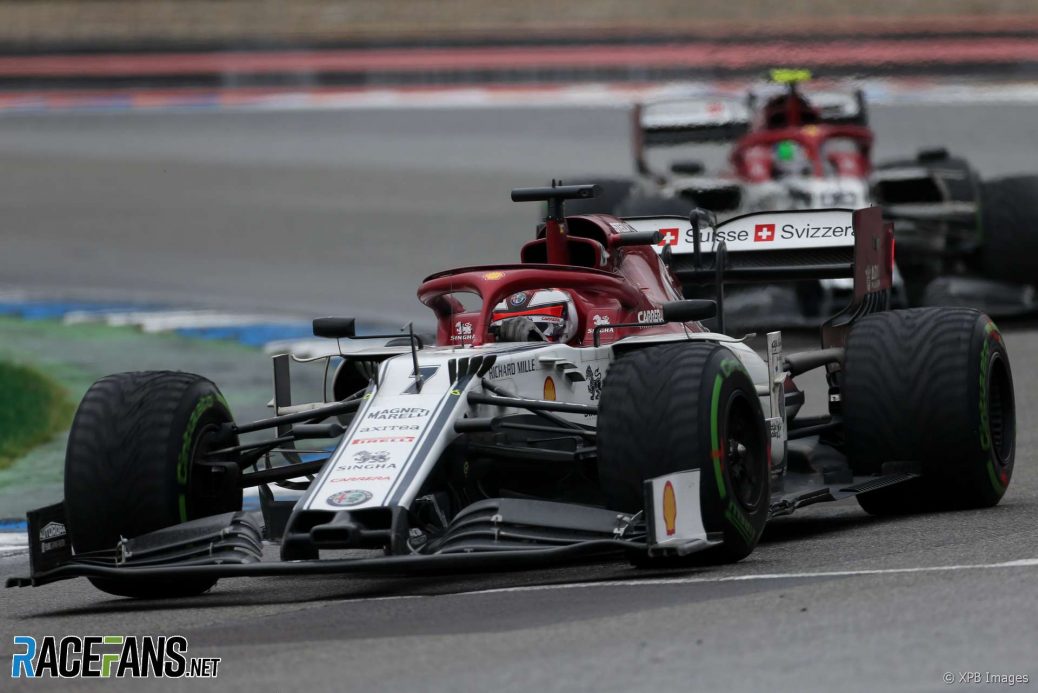 Alfa Romeo will have to wait until next month to learn whether it will regain the 10 points lost when both its cars were penalised in the German Grand Prix.
Team managed Beat Zehnder confirmed today the team’s appeal will be heard on September 24th at the FIA headquarters in Paris, following the Singapore Grand Prix.
The penalties relegated both Alfa Romeo drivers out of the points.
Claire Williams said her team is not taking much satisfaction from its single point of the season so far which it scored as a result of Alfa Romeo’s penalties.