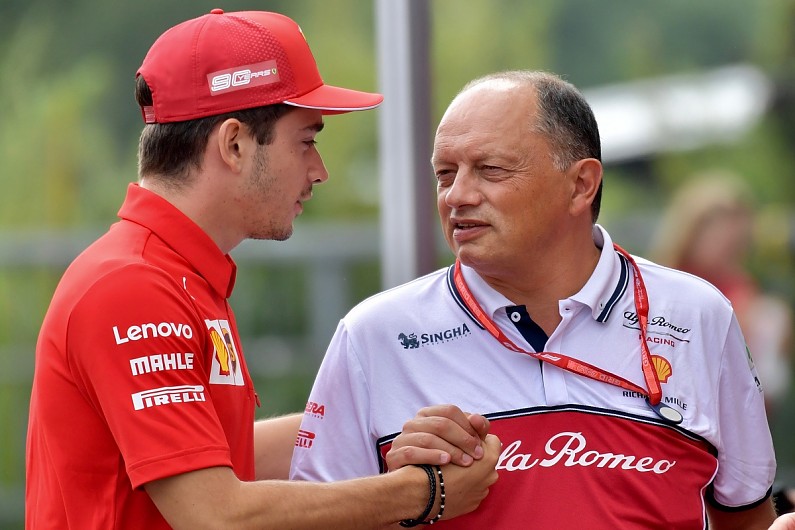 Alfa Romeo Formula 1 boss Frederic Vasseur believes Charles Leclerc’s self-confidence and self-criticism are the main traits that make him a “champion”.
Leclerc enjoyed a stellar second F1 season in 2019 and outperformed team-mate Sebastian Vettel by winning two races to the German’s one, and Leclerc’s seven pole positions proved to be the highest tally of any driver last year.
Vasseur, who was Leclerc’s team boss in 2018, believes Leclerc has shown traits that make the 22-year-old a champion.
Vasseur added he was delighted for the Ferrari driver, who he reckons deserves his success “200%”.