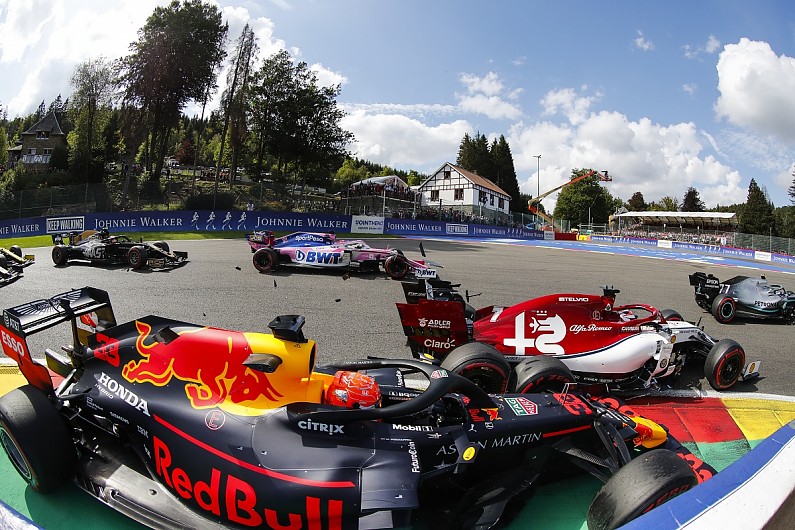 Alfa Romeo Formula 1 team boss Fred Vasseur has blamed Max Verstappen for the Belgian Grand Prix first corner collision with Kimi Raikkonen, calling the Red Bull driver’s move “stupid”.
The Dutchman took the inside line and made contact with Raikkonen’s right rear wheel, pitching the Alfa onto the air in an incident that was similar to one involving the same drivers in 2016 when Raikkonen was at Ferrari.
“I don’t know what happened with Verstappen,” Fred Vasseur told Autosport.
Christian Horner: “It’s a racing incident.”