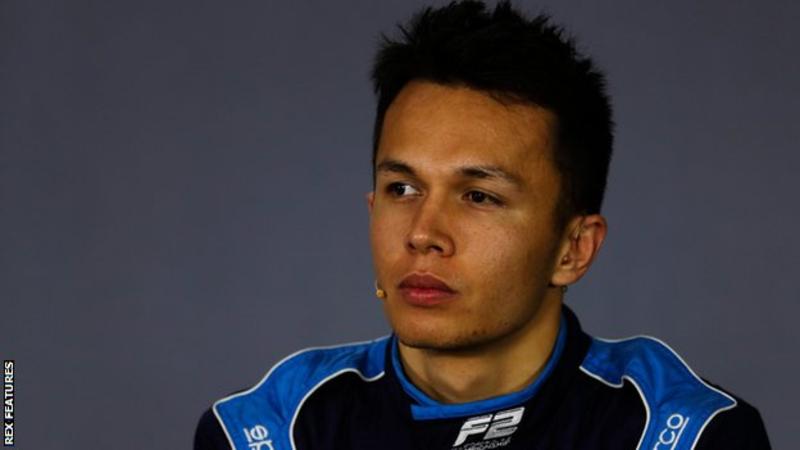 Red Bull junior team Toro Rosso have signed Alexander Albon to compete their line-up for 2019.
Albon has been given a second chance by Red Bull after being dropped from their driver programme in 2012.
Alexander Albon: “I worked really hard and tried to impress every time I got in the car, and I have to say a big thank you to Red Bull and (motorsport boss) Helmut Marko for believing in me and giving me a second chance.”
Albon has won his chance as a result of a strong season in Formula Two, where he finished third, and Red Bull’s paucity of other options on their junior driver scheme.