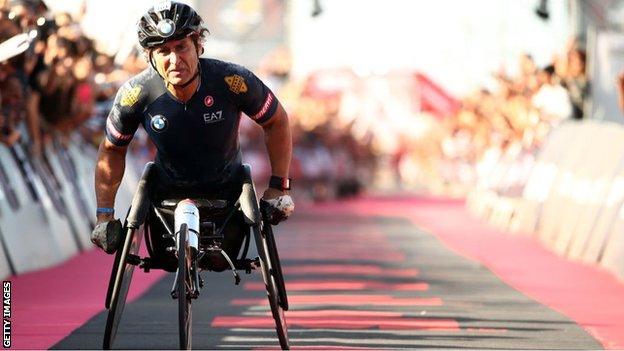 Alex Zanardi: Italian to return to intensive care after falling into ‘unstable’ condition

Former Formula 1 driver and Paralympic champion Alex Zanardi is to return to intensive care after falling into an “unstable” condition. Zanardi, 53, was placed in a medically induced coma and has had three operations at a hospital in Siena since a handbike accident on 19 June. Zanardi, who raced for four Formula 1 teams in the 1990s, had to have both of his legs amputated above the knee following a horrific crash in a race in Germany in September 2001. He recovered to return to the track in touring cars before later taking up Para-cycling and winning four Paralympic gold medals.