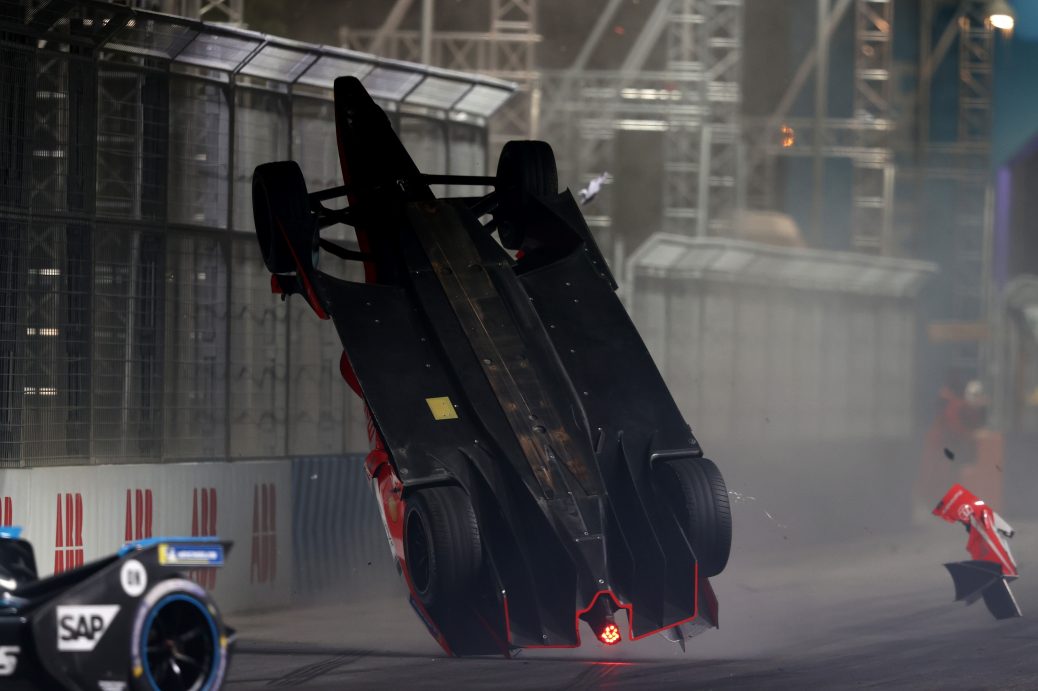 ALEX LYNN was rushed to hospital after a horror crash during the Formula E race in Diriyah. Lynn’s Mahindra car hit the Jaguar of Mitch Evans during the dramatic incident. Evans, who abandoned his race to run to Lynn’s aid, told Motorsport.com: “I saw him go into the wall and I jumped out to make sure he was okay. The red flag came out after the British driver’s car flipped over and hit the safety wall. Lynn was removed from the car by medical staff and taken to hospital immediately. Formula E staff reported Lynn was in a stable condition following his medical checks.