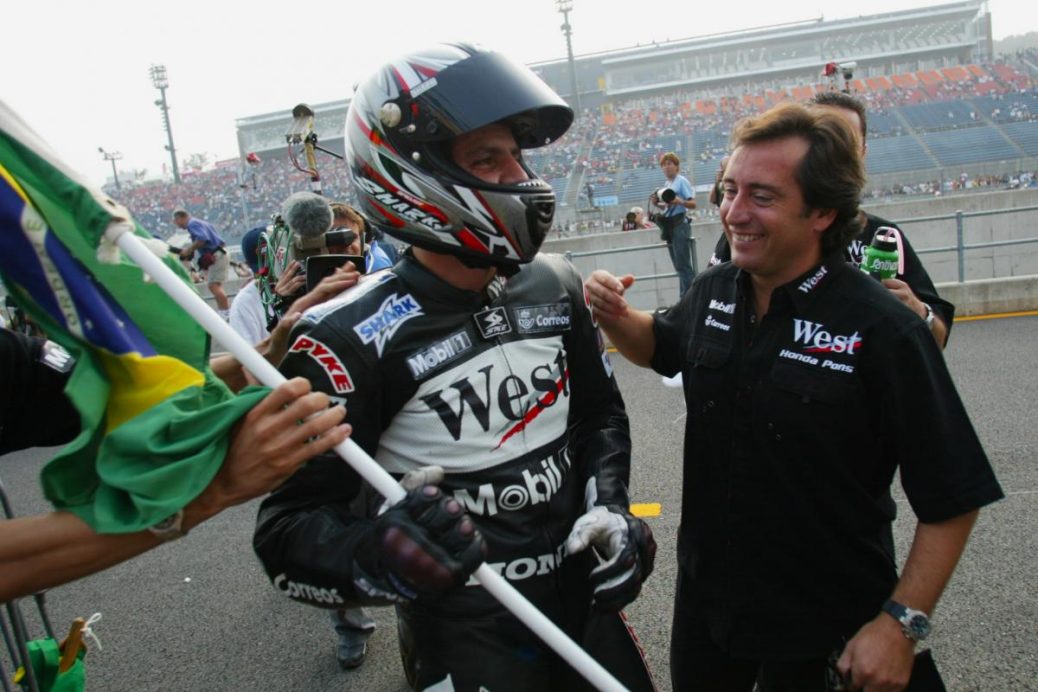 Former MotoGP™ race winner Alex Barros took to Instagram to pay tribute to Miguel Oliveira following his dramatic victory in the BMW M Grand Prix of Styria. “To my great friend Miguel Oliveira, I have this photo which he sent me one month ago, and I remember this weekend in Estoril well, it was a fantastic weekend for me, just like this one is for you.”. The Portuguese rider broke his country’s duck on the track, becoming the first man from the Iberian country to claim top step on the podium, and Barros was keen to remind people that this win has been years in the making and that the Brazilian race world is right behind him.