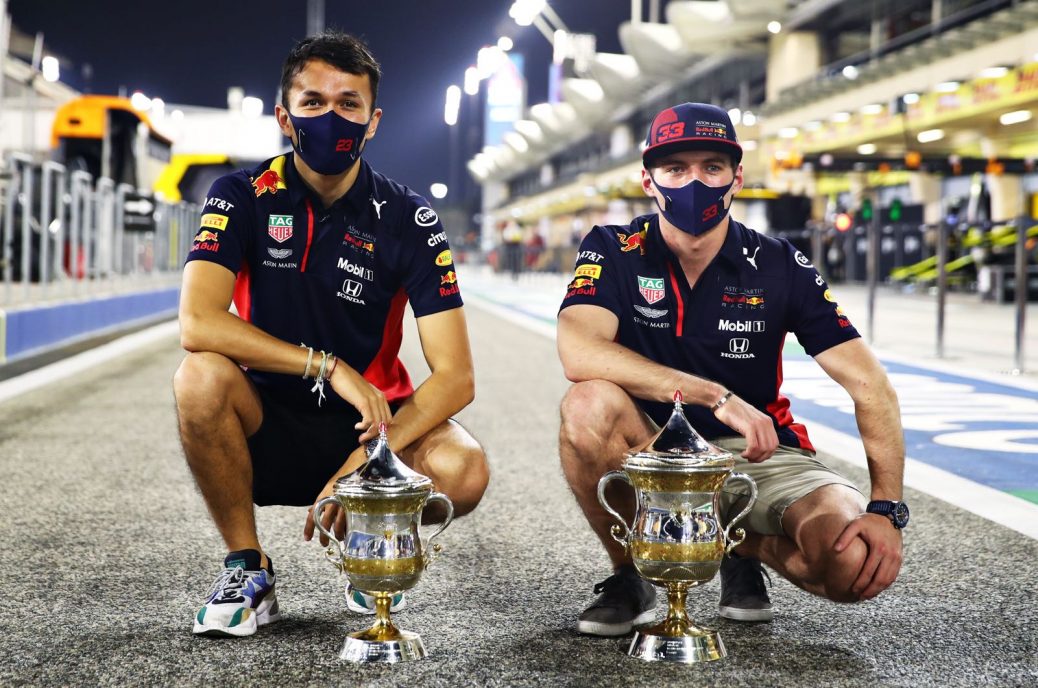 Max Verstappen has poured cold water on his struggling teammate Alex Albon’s podium celebrations in Bahrain. Albon, at risk of losing his Red Bull seat after Abu Dhabi, finished third behind Verstappen in Bahrain. “There was obviously a bit of luck involved with Sergio, he had a really good race,” said the British-born Thai driver Albon, referring to Sergio Perez’s late-race car failure. So when asked by Ziggo Sport about Albon’s podium finish, Verstappen answered: “If you are 30 or 40 seconds behind your teammate, that’s not very good, is it?. Former Red Bull driver Robert Doornbos thinks Albon still has a chance of keeping the seat for 2021, insisting: “He could just about save it with podiums”.