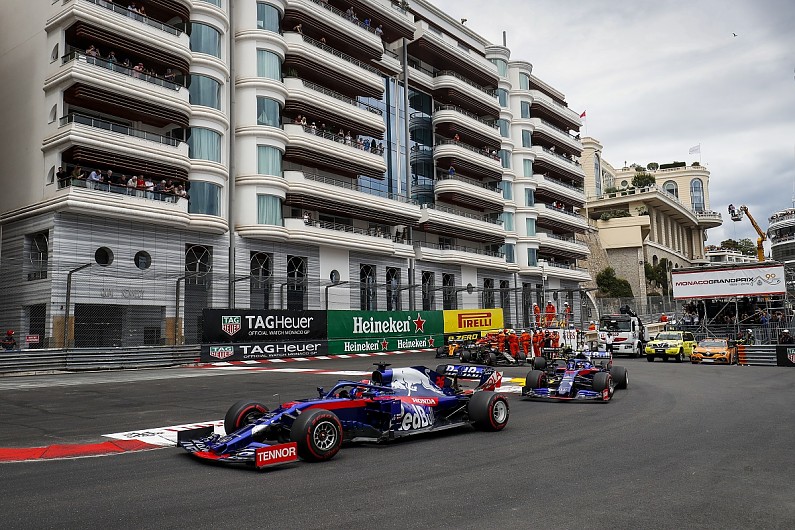 Alexander Albon reckons the Monaco Grand Prix was the first time in 2019 that his Toro Rosso Formula 1 team fulfilled its full potential.
Albon qualified 10th and eventually finished eighth, right behind team-mate Daniil Kvyat, with both drivers beating the team’s previous season best result of ninth.
It was also the first time this year that both Toro Rosso drivers finished in the points.
But Albon – who took sixth in FP2 on his first day driving an F1 car in Monaco – believes he could have started higher up the grid.