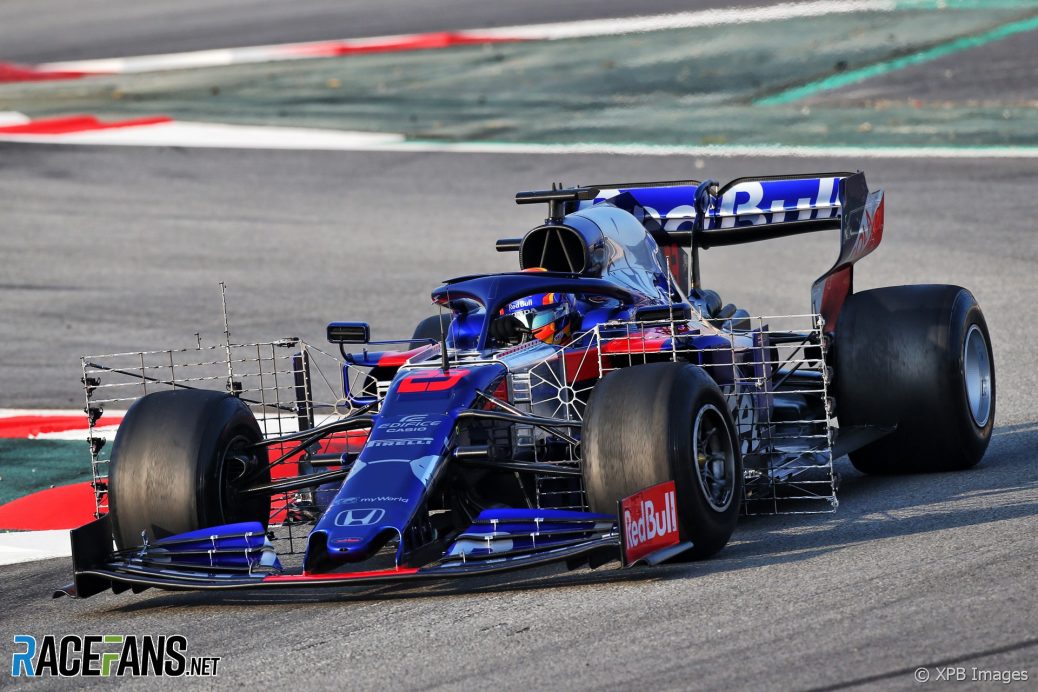 Toro Rosso picked up where they left off on third day of testing as Alexander Albon lowered their best time of the test so far.
Albon posted a best time of 1’17.637 on the morning of the fourth day of testing, six hundredths of a second inside team mate Daniil Kvyat’s benchmark from yesterday.
Charles Leclerc lowered Ferrari’s best time of the day to a 1’18.046 while also covering the largest individual mileage of any driver, managing 75 laps.
Lando Norris caused the only red flag of the session when he went off at turn five shortly after testing began.