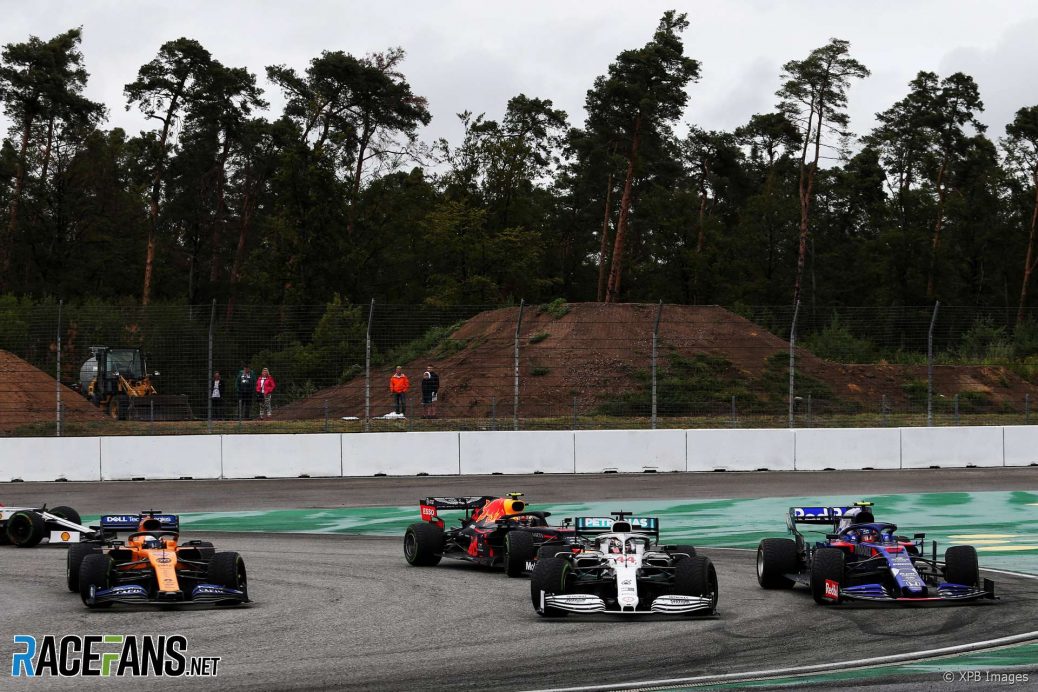 Alexander Albon says he lost the chance for a better result in the German Grand Prix because he was “forced” into trying to pass Lewis Hamilton at a restart.
“It’s a weird one to be honest,” said Alexander Albon.
Alexander Albon: “I think the team did an unbelievable job.”
Alexander Albon: “I got caught with Lewis, actually, the last person I expected!”
Alexander Albon: “I didn’t want to overtake him but I was kind of forced in a position that I had to try it.”
Albon had never driven a Formula 1 car in the wet before today’s race.