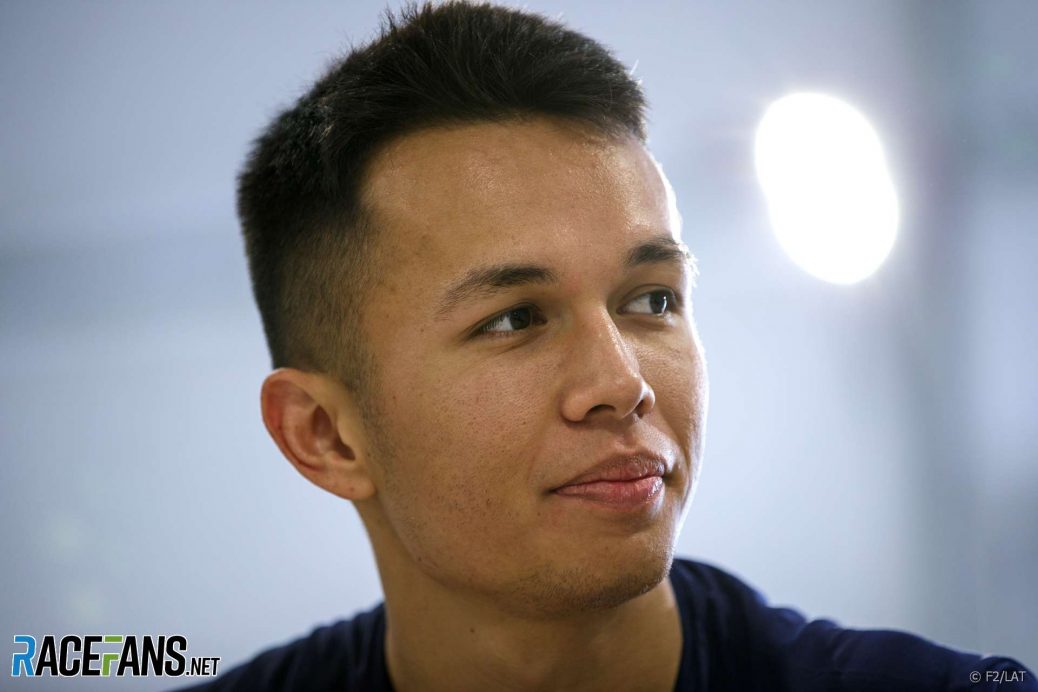 Alexander Albon has split from Nissan Formula E team without even starting a race for them, fuelling speculation he is about to be confirmed as a Toro Rosso driver for the 2019 F1 season.
Albon had been announced alongside Sebastien Buemi in the team’s line-up for the 2018-19 season.
Nissan has now confirmed it has “agreed to part ways with Albon exiting his contract to take up a different opportunity in motorsport.”
Pierre Gasly is leaving to join Red Bull, meaning Brendon Hartley would lose his place at the team if Albon is confirmed