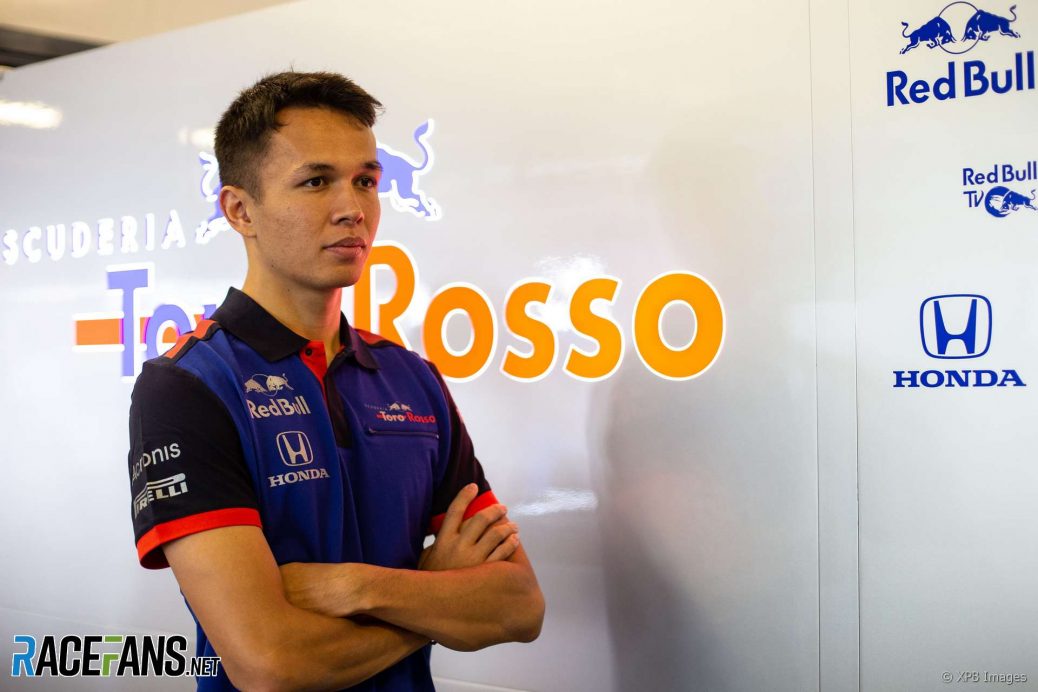 New Toro Rosso Formula 1 driver Alexander Albon says Red Bull was his only chance of getting into the sport’s top flight.
Albon, who was a Red Bull Junior Team driver until being dropped in 2012, has been recalled by the team to drive alongside Daniil Kvyat next year.
Albon said he “never gave up” on his dream of reaching F1.
Red Bull informed Albon he had been given the drive on Monday afternoon following the Abu Dhabi Grand Prix.
Albon had signed to drive for Nissan in the 2018-19 Formula E season but the team confirmed on Monday the two had split.