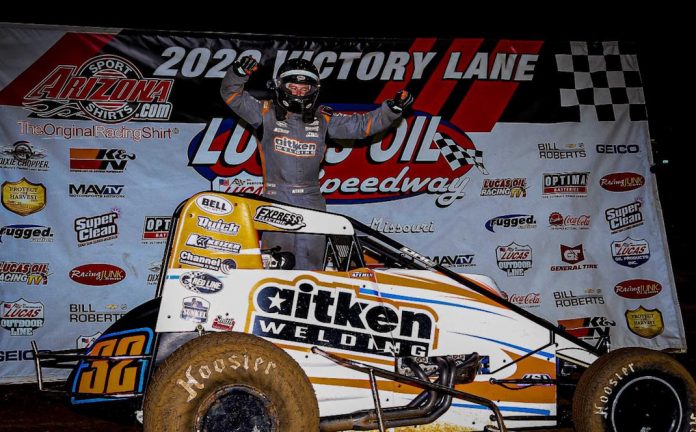 Aitken Strikes Back In POWRi Sprint

— Garrett Aitken lost the lead midway through, then regained it two laps later from Mario Clouser and went on to win the 30-lap POWRi Lucas Oil WAR non-winged sprint car portion of the Hockett-McMillin Memorial. “This is probably the biggest race I’ve ever won,” Aitken said. Aitken, starting outside of Clouser on the front row, got the jump as the green waved and set the early pace with Clouser – who won features on both preliminary nights – close behind. Clouser snatched the lead from Aitken coming off turn two on lap 11. But just four laps later, Clouser jumped the cushion in turn four, making contact with the wall. One lap later, Aitken drove past him with a debris for caution from Clouser’s mishap waving on lap 17. “It was another treacherous night (up top) for me,” Aitken said.