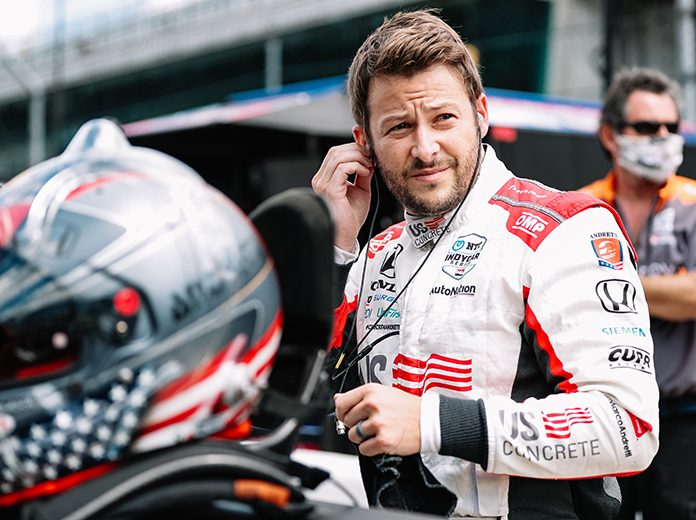 INDIANAPOLIS – After winning the pole for the Indianapolis 500 earlier in the day, Marco Andretti backed up his speed in practice Sunday afternoon at Indianapolis Motor Speedway. 98 US Concrete Honda after his team transitioned the car to its race setup ahead of the 104th Indianapolis 500 on Aug. 23. Scott Dixon, who qualified second for the 104th Indianapolis 500, with a four-lap average of 231.051 mph, was third at 223.686 mph in the No. Dixon’s fast lap came after he lost control of his Honda earlier in practice when he was running on old tires. The car was brought to the garages for repair and Dixon was back on track for the final hour of practice. Thirty-two of the 33 cars in the starting field turned practice laps in Sunday’s practice.