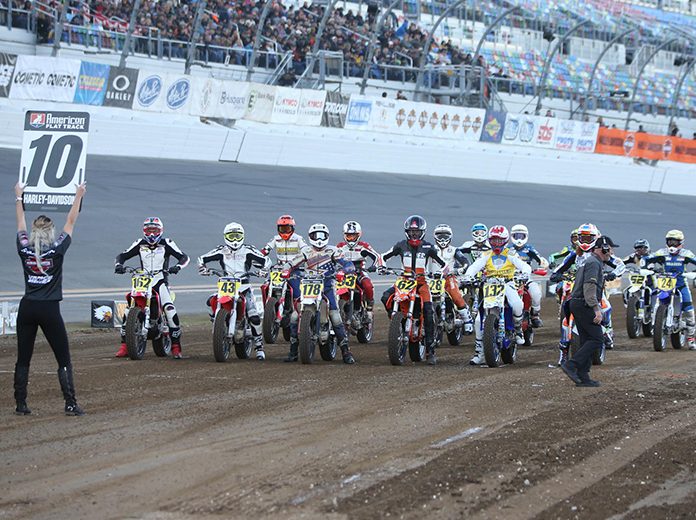 AFT SuperTwins Champion To Be Crowned At Daytona

DAYTONA BEACH, Fla. — After a roller coaster of a year, the Progressive American Flat Track will conclude its season and crown the year’s AFT SuperTwins presented by Vance & Hines champion in this weekend’s Progressive AFT Finale at DAYTONA I & II at Daytona Int’l Speedway Oct. 16-17. Bauman earned his first premier-class victory at the DAYTONA Short Track back in 2014. However, even though Bauman and Mees have won 11 of 13 races between them this season, it’s far from a certainty they’ll dominate again this weekend. Daniels locked the AFT Singles title up three races early by piling up eight victories to the opposition’s combined five. program will be back in action at the Progressive AFT Finale at DAYTONA to again shine the spotlight on some of the fast females of flat track. The Progressive AFT Finale at DAYTONA I & II will air back-to-back on NBCSN on Oct. 31, starting at 11:00 p.m. eastern.