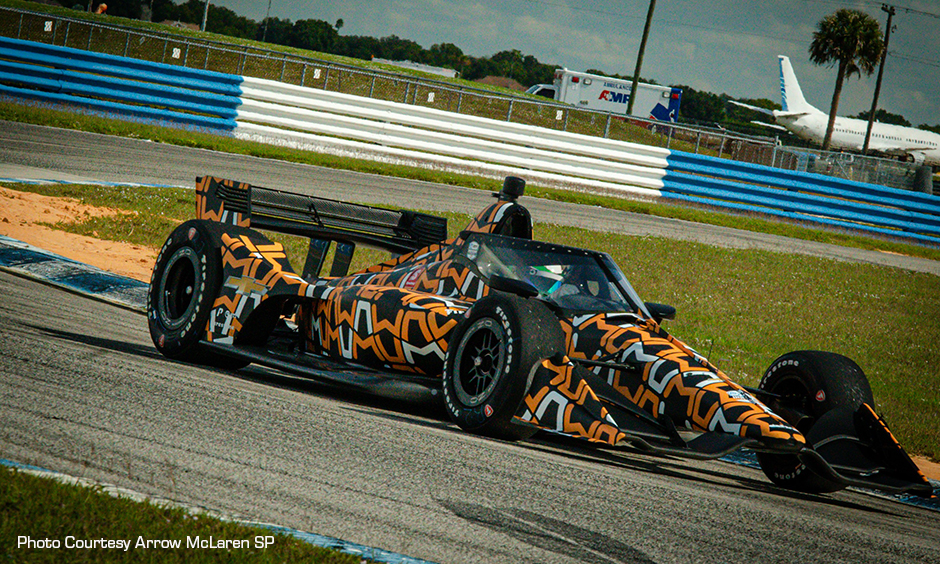 Sebring, Fla. — INDYCAR continued its Aeroscreen development program Tuesday at Sebring International Raceway with Arrow McLaren SP and Dale Coyne Racing with Vasser-Sullivan participating in the fourth and final test session of the year.
Four-time Indy car champion Sebastien Bourdais of Dale Coyne Racing with Vasser-Sullivan, Patricio O’Ward of Arrow McLaren SP and Santino Ferrucci of Dale Coyne Racing, who utilized Bourdais’ car in for the session, were the latest group of NTT IndyCar Series drivers to have the opportunity to test the Aeroscreen.
The Aeroscreen was announced in May and developed by Red Bull Advanced Technologies in conjunction with INDYCAR.