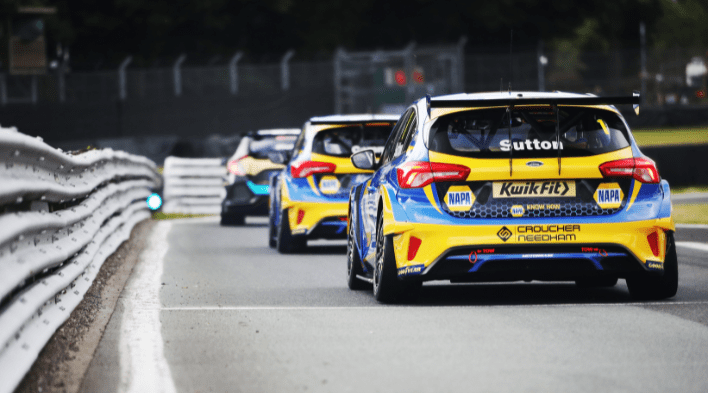 Motorbase Performance/Ford moved into the lead of the Manufacturers’/Constructors’ Championship during Rounds 11, 12 and 13 of the Kwik Fit British Touring Car Championship team Oulton Park (12 June) after a consistently strong weekend for NAPA Racing UK team-mates Ash Sutton and Dan Cammish. On lap 15, a move on the outside of Cascades and into Island ensured second. Cammish began race one, his landmark 100th BTCC start, from seventh on the grid and was into P6 by the end of lap four, he took fifth on lap 11 but was then edged back to sixth on lap 15. “We were fighting hard for the first two races,” said Jackson. We made a couple of changes to the car for race three and it was transformed, I could fight through and stay there. The raw pace in the car over one lap is there, we just have a bit more to do with the race set-up.