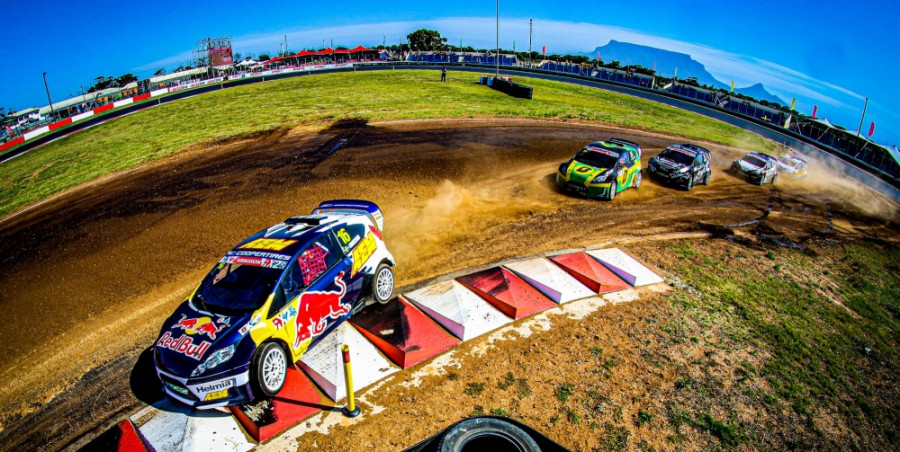 ADVANTAGE ERIKSSON AS KALLIO’S TITLE HOPES ARE DEALT A BLOW

Oliver Eriksson has one hand on the crown in the RX2 International Series presented by Cooper Tires after the opening day of action in Cape Town today (9 November), as team-mate and title rival Jesse Kallio found himself repeatedly hamstrung by electrical issues.
“It’s definitely been a bittersweet day,” the 20-year-old Swede reflected.
Fraser McConnell (OMSE) and Ben-Philip Gundersen ended the day tied for second in the intermediate classification, both showing strong pace as they have done throughout 2019 – although the Norwegian was left to rue an early joker tactic in Q2 that left him stuck in traffic.