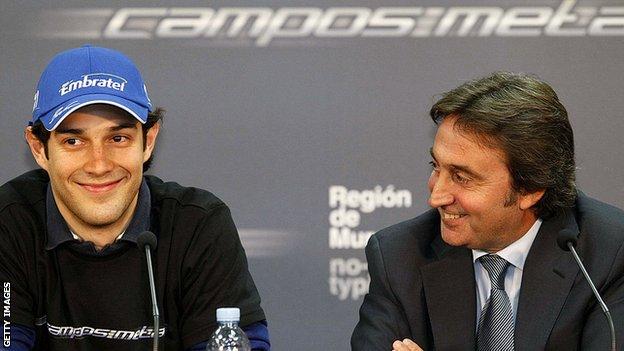 Fernando Alonso has paid tribute to Spanish former Formula 1 driver Adrian Campos, who has died aged 60. Campos entered 21 races for the lowly Minardi team in his F1 career, starting 17 of them and retiring from all but two. After leaving F1, he competed in touring cars and endurance racing before going on to form his own team, which has competed in Formula 2 and its forerunner GP2, Formula 3 and touring cars, among other series. The project ran into financial trouble before its first race and was rescued by a wealthy financier and renamed Hispania Racing Team.