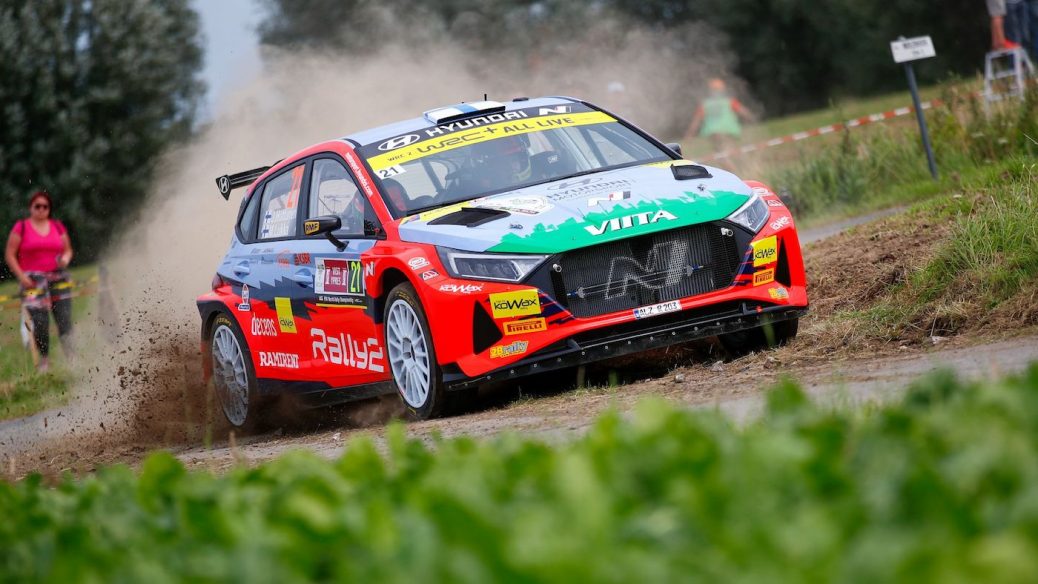 Team principal Andrea Adamo says there is more speed to come from Hyundai Motorsport’s new i20 N Rally2 car following a debut victory at last weekend’s Renties Ypres Rally Belgium. The car led WRC2 from the penultimate stage on day one until the finish, with Oliver Solberg and Huttunen both enjoying spells at the front. “Firstly, it’s always good to take a win on the debut for a new car,” said Adamo. “But I don’t think we saw the full performance from the car. We had to be careful [to protect the result] because we were in Belgium for WRC2. “On this event, there were some of the issues you would associate with a car so young, but I think we all know what’s going to be possible with this car.