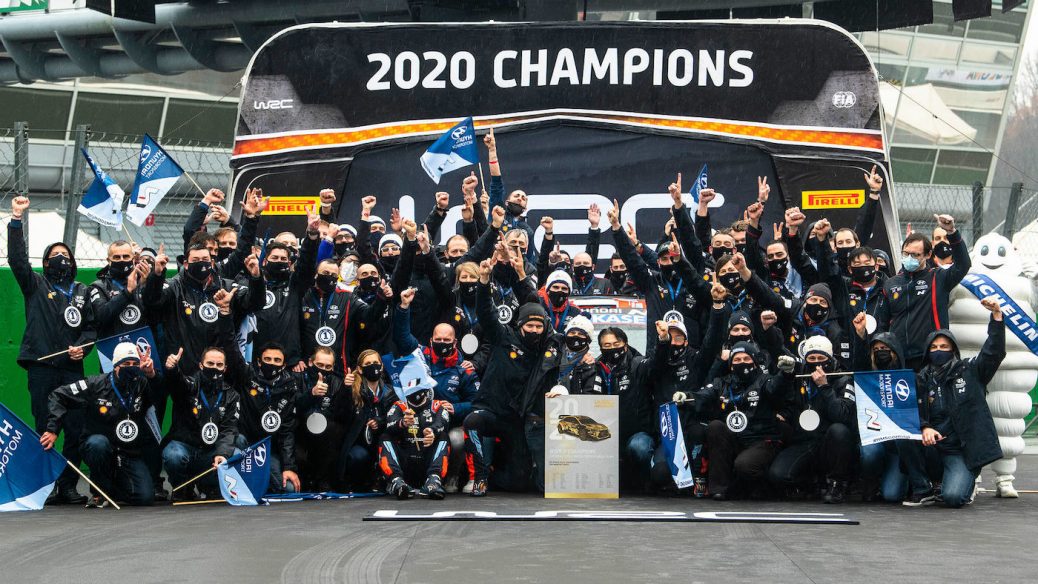 Hyundai Motorsport boss Andrea Adamo put his team’s WRC manufacturers’ championship success down to clear-the-air talks after a problematic weekend at Rally Guanajuato Mexico in March. Adamo believes this year’s title triumph reflected more on the outright performance of the i20 than the 2019 success. “I permit to say that in the last five rallies that we contested after July / August, the performances of the car have been much better,” he reflected. “In 2019 I have no problem to say that in my opinion we won the manufacturers’ title because were more ‘rallyable’ overall with respect to the others, but the performances of the car were behind. “I would say that this year we have shown more clearly that our performances, starting from Estonia, have been improved clearly.