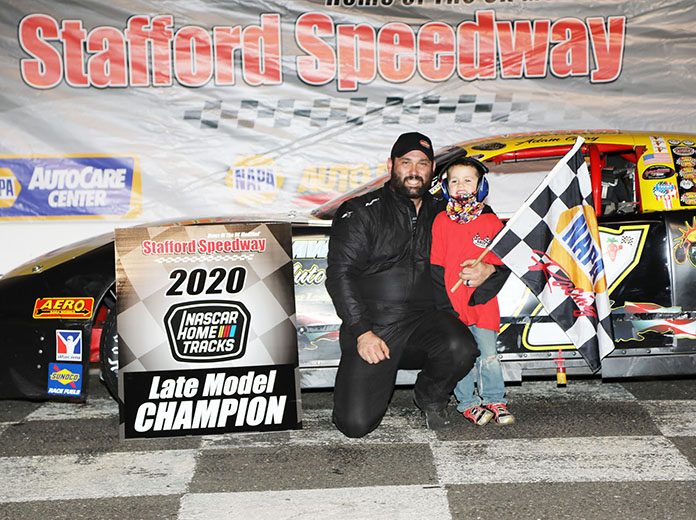 STAFFORD SPRINGS, Conn. – While a championship is a special occasion for any driver in their racing career, for Stafford Motor Speedway Late Model driver Adam Gray, his third Stafford Late Model title carries with it some extra meaning. Chartier made Gray promise that he would one day return to Stafford after not racing from 2016-2018 and win a race. Leon got sick and he pulled me aside one day and told me that one day I was going to go back to Stafford and win a race. We won that race last year and that was pretty cool and this year we did one better for him and won the championship. “We were just coming to Stafford to have some fun and try to win some races on a part time schedule this year,” said Gray. This season was more of a grind because there wasn’t 20 races where you had more opportunities to make up for points.”.