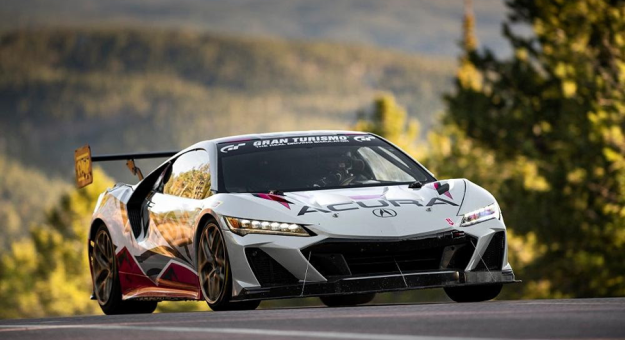 TORRANCE, Calif. — Perfectly timed to its arrival this month at Acura dealers nationwide, the 2023 Acura Integra will make its motorsports debut June 26 at The Broadmoor Pikes Peak International Hill Climb. The next-gen Integra will compete in the 100th running of the “Race to the Clouds” alongside four production-based race cars from Acura, including two NSX Type S supercars, all prepped, driven and crewed by a team of volunteer engineers out of the company’s R&D facilities in Ohio. Driven by Pikes Peak rookie Paul Hubers, the race-prepped Integra’s red, gray and white livery pays homage to Acura’s first-ever race car.