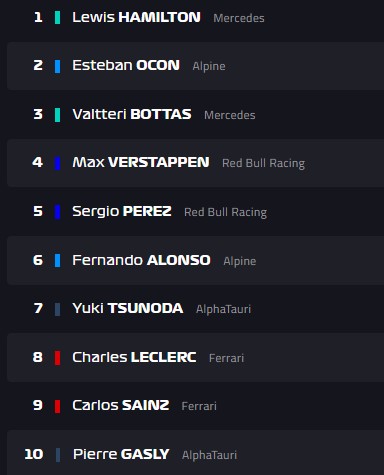 FORMULA ONE rarely gets weekends like this – and we have a truly epic season finale in store. Bottas is still ahead of Verstappen in third, while Ocon is second. Hamilton continues to lead whereas Verstappen is fourth, expect him to pick it up though. Bottas is third and is followed by the Red Bull drivers, of which Verstappen is fourth. Alonso threatened Hamilton and Verstappen in the first session, now it’s Ocon who currently leads. Hamilton has registered a first lap at 1:25.127, so already close to the quickest from first practice. We are only two minutes away from the second Practice session in Yas Marina. Lewis Hamilton is looking to fight back after Max Verstappen topped the timesheets in Practice 1.