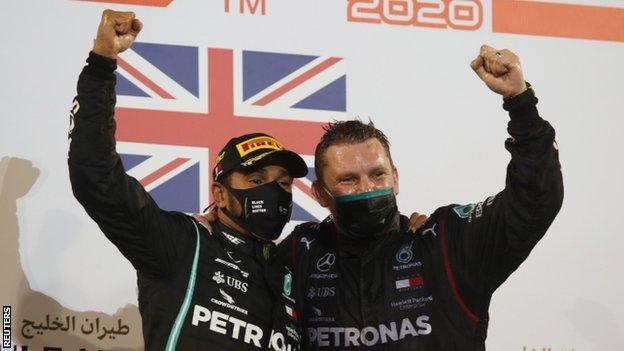 Mercedes say Lewis Hamilton’s health is “improving” – but still do not know whether he will be able to race in the year’s final grand prix this weekend. “We’ll do everything we can to get him in the car and we know he’s determined to be back as soon as possible. The latest Mercedes could put Hamilton in the car and still race is on Saturday for qualifying. The team said it was “possible” they would make the decision as to whether Hamilton races as late as before Saturday’s final practice session, which runs for an hour and starts at 10:00 GMT, three hours before qualifying. “It has been one of the hardest weeks I’ve had for some time,” he said, adding: “I hope I can get back in the car soon.”.