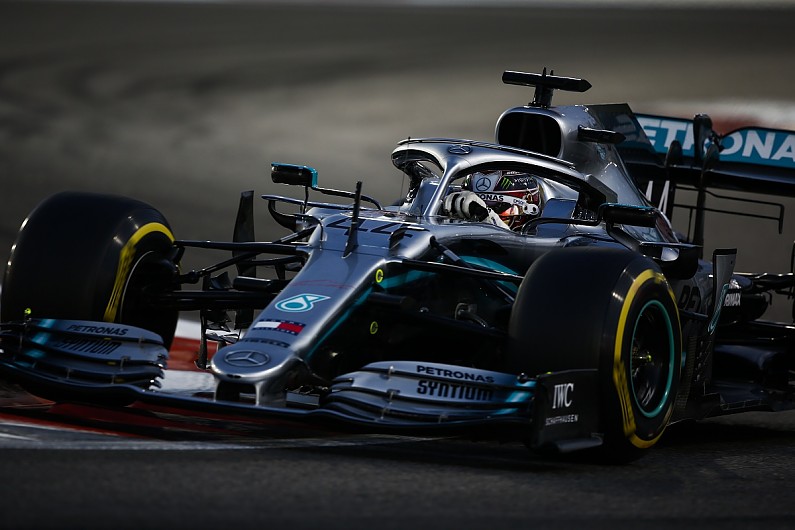 Lewis Hamilton claimed the final Formula 1 pole position of the 2019 season in qualifying for the Abu Dhabi Grand Prix.
Team-mate Valtteri Bottas was second fastest, 0.194 seconds slower, though he will have to serve a back-of-the-grid penalty for power unit changes.
This means Red Bull’s Max Verstappen will start second having set the third-fastest time, 0.360s off the pace.
Charles Leclerc won the intra-Ferrari battle by beating Sebastian Vettel to fourth place despite not reaching the line in time to start his final lap.
Vettel did not improve on his final lap, ending up 0.560s off pole.