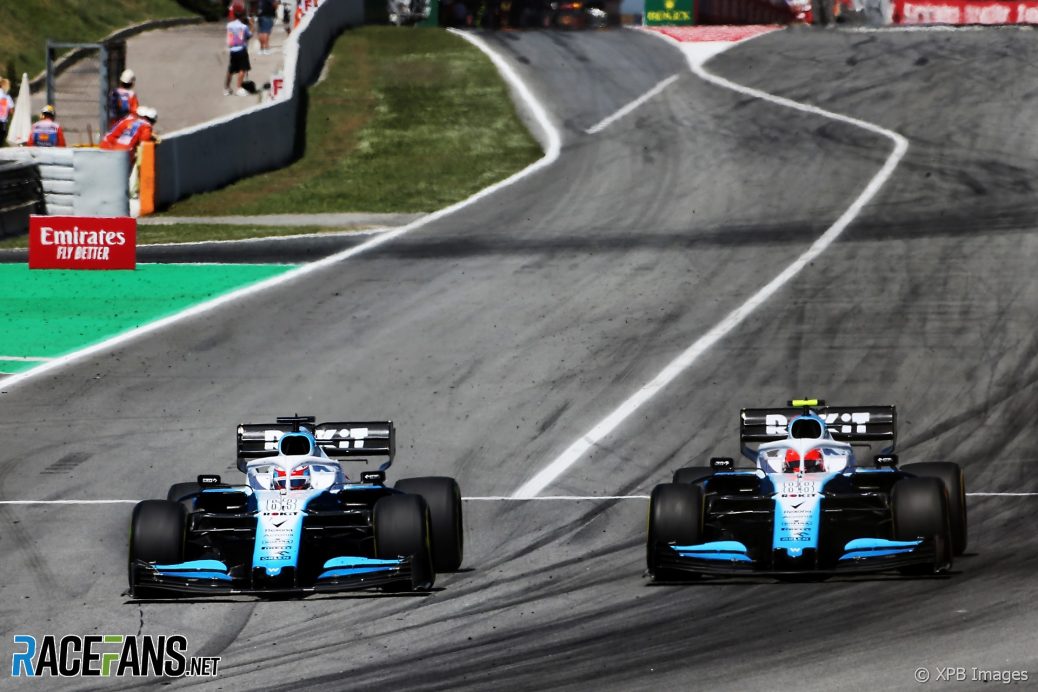 This has prompted speculation among Kubica’s supporters that the drivers’ cars are being run in different specifications.
“There is absolutely no difference between George and Robert’s car,” Robert Kubica said.
Robert Kubica: “We do everything to make sure that both George and Robert have the same equipment, the same test items at every race weekend that we can to give them the best opportunity going into Saturday and Sunday.”
“All we can ask of both of them is that they’re as committed as they can be to the journey that we’re on at the moment, because we are one a journey and they knew that when both George and Robert started with us this year they knew what they were coming into.”