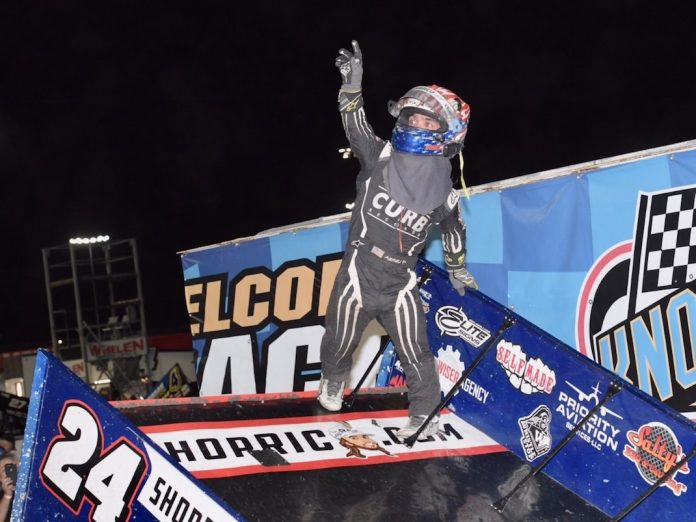 KNOXVILLE, Iowa — Rico Abreu thrilled the Knoxville Raceway crowd with a move from third to first on the final lap to grab the $4,000 win in the 410 sprint car class Saturday night. After the restart, Brown used the high side to get around Jeffrey for second, and Abreu followed him into third on lap six. McCarl entered lapped traffic on lap seven, and set a good pace utilizing the high side of the track. Not only was Brown able to reel the leader in, but Abreu was making quality laps in third as well. With three laps to go, Brown slid in front of the leader, but McCarl was able to drive back by. Brown set his sights again, and quickly took the point on the 18th lap. Abreu was followed to the finish by Brown, Terry McCarl, Austin McCarl and Matt Juhl.