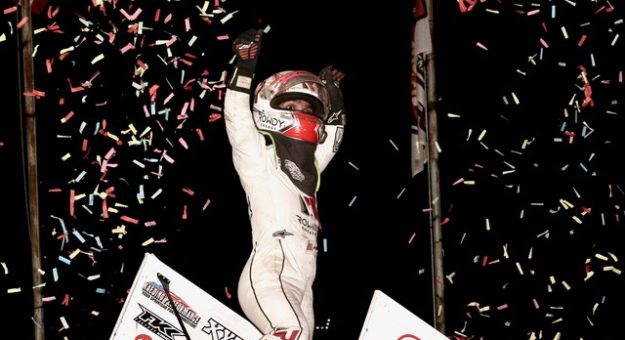 BECHTELSVILLE, Pa. — Rico Abreu started from the pole and raced to victory in Tuesday night’s Hodnett Cup at Grandview Speedway. Abreu fired off fast, approaching a full-straight lead by the fourth circuit with lapped traffic quickly approaching. With Abreu in a comfortable lead, the battle for second heated up, between Brent Marks and Bell – but a lap-seven yellow flag slowed the field when Dylan Norris spun directly in front of the leaders. Marks pressured Abreu as the laps ticked away, approaching lapped traffic until the red flag flew on lap 14 for Kyle Larson, whose No. Just over 10 laps remained on the scoreboard, Abreu took the green flag creating some distance between himself and the battle for second between Anthony Macri and Brent Marks. Macri finished second, Marks in third, Danny Dietrich in fourth and Bell finished in fifth.