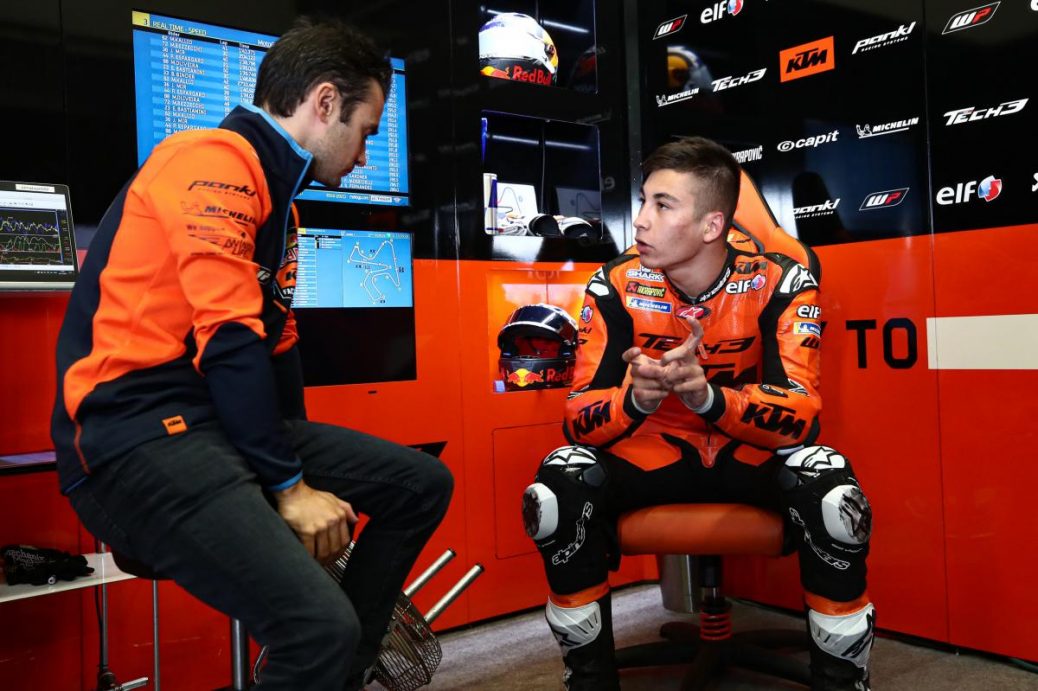 At the famous Circuito de Jerez-Angel Nieto on the 18-19 November, where the latest crop of MotoGP™ stars officially began their 2022 campaigns, three-time World Champion Dani Pedrosa was lending a helping hand to Tech3 KTM Factory Racing’s rookies – Moto2™ World Champion Remy Gardner and 2021 sensation Raul Fernandez. Test rider Pedrosa was in Jerez – a circuit he’s won at four times in his career – testing for KTM. Gardner and Fernandez got their legs over KTM’s RC16 at the Misano Test for a few shakedown laps, in readiness for the first Official Test in Jerez. After the two-day test that brought the curtain down on 2021’s track action, Tech3 boss Herve Poncharal was full of praise for Pedrosa’s help with his two new men.