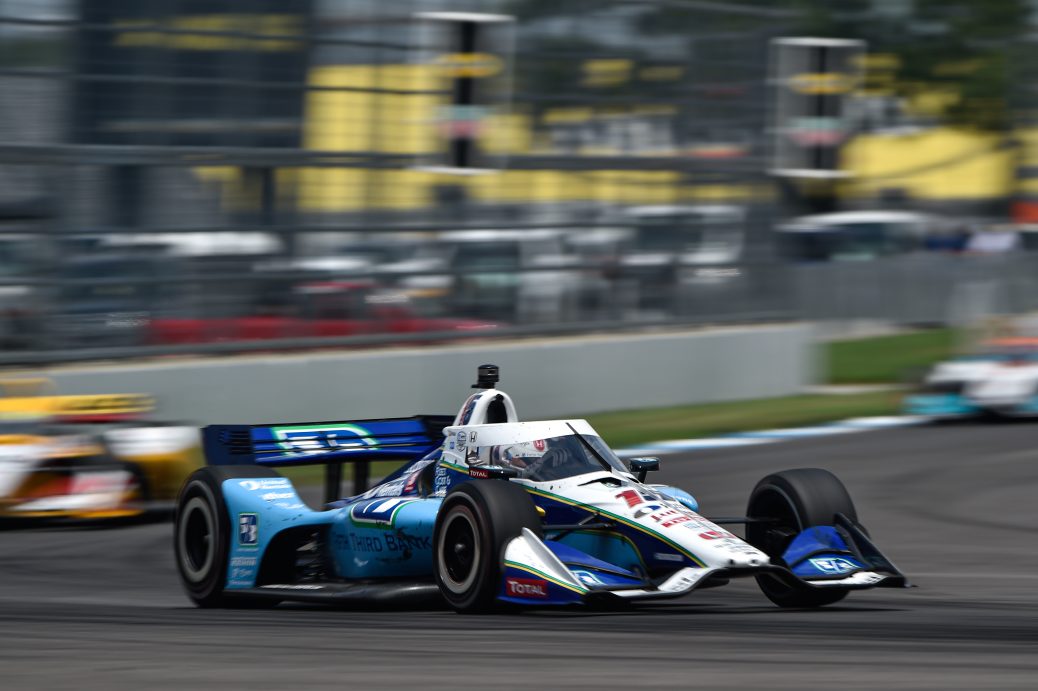 Graham Rahal was in good spirits following Saturday’s NTT INDYCAR SERIES road race at Indianapolis Motor Speedway after finishing second in the GMR Grand Prix he could have won. “Look, that’s life,” said Rahal, the driver of the No. 15 Fifth Third Bank Honda. Rahal Letterman Lanigan Racing’s lead driver seemed in control of the 80-lap race until rookie Oliver Askew crashed in Turn 14 on Lap 36. Eight laps after the restart, Rahal’s race lead was swiped by a charging Dixon, who never looked back. “We just lost power on that restart,” Rossi said.