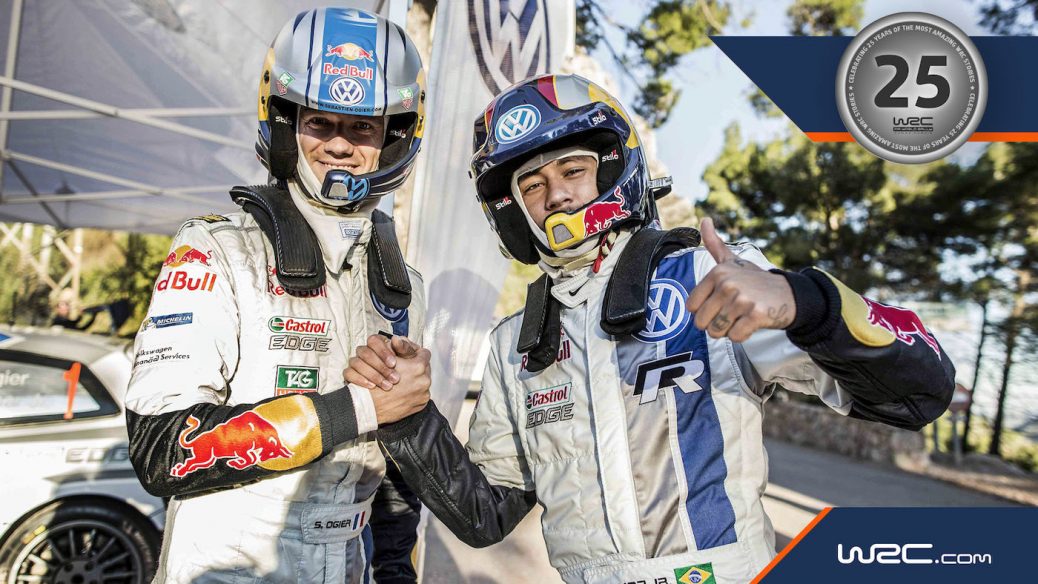 During Volkswagen’s reign in the WRC from 2013 to 2016, it wasn’t just on the stages that it made an impression, it was also its unique approach to marketing, producing outside-the-box (and sometimes on the box) concepts not seen before in the World Rally Car era. In 1997 an all-new generation of car was introduced to the WRC – the World Rally Car. In the meantime, Volkswagen’s marketing team was building equally enviable success off the stages, launching its Rally the World campaign. Of course, there were also the faces that Volkswagen brought to the WRC. Ogier used the rear end of his car to slam the ball past the goalkeeper.