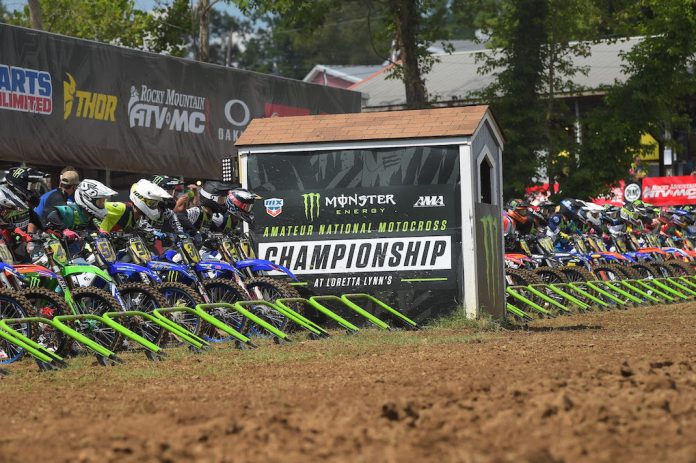 22 Motos On Day One At Loretta Lynn’s

HURRICANE MILLS, Tenn. — After months of anticipation, motocross racing has finally returned as the 39th running of the Monster Energy AMA Amateur National Championship kicked off Tuesday at famed Loretta Lynn’s Ranch. When the gate dropped on the first of three motos for the class, it was Gonzales who emerged with the STACYC Holeshot to assume the lead on the opening lap. That allowed Hymas to take control as the early leader, with Leblanc right behind in second. Just past the halfway point of the moto, Leblanc began to apply pressure on Hymas for the lead. Leblanc piloted his Yamaha to the Moto 1 victory by just over five seconds over Hymas, but drama unfolded on the final lap in the battle for third. Linville did all he could to stay in touch, but Vohland charged to the moto win by over six seconds.