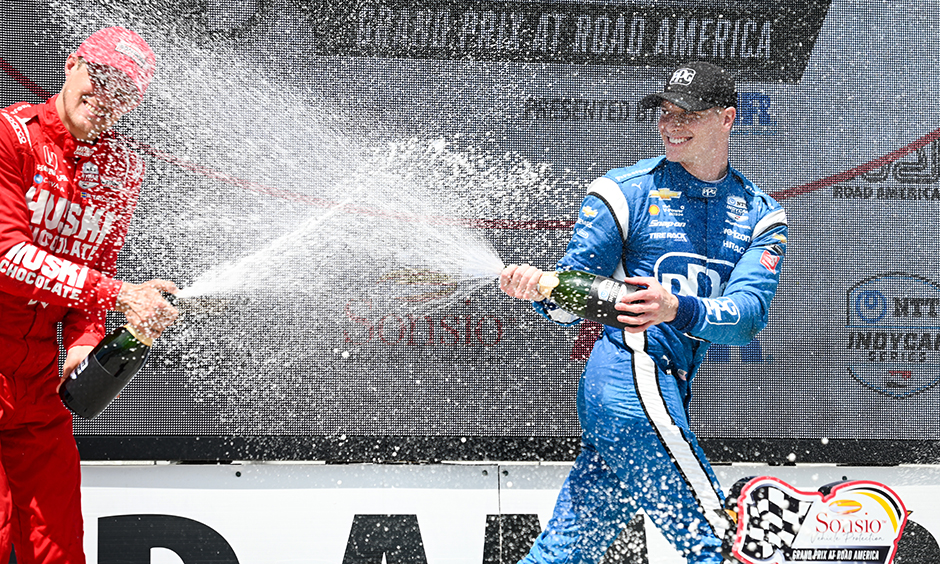 Today’s question: What is your biggest takeaway from the two NTT INDYCAR SERIES races in June, the Chevrolet Detroit Grand Prix presented by Lear and the Sonsio Grand Prix at Road America presented by AMR?. But if I’m considering only the Detroit-Road America races, I’ll say Marcus Ericsson’s steadiness is my biggest takeaway. He finished second at Detroit and given a couple extra laps, he maybe could’ve won the race. Last weekend at Road America, he finished third, but it was a complete weekend, showing speed in practice, qualifying and the race. Back then, he had four straight podium finishes over Mid-Ohio and IMS road course doubleheader weekends. What’s more, it’s only the sixth time in his NTT INDYCAR SERIES career that he’s finished on the podium in consecutive races. In my mind, Newgarden sealed his status as the favorite to win his third NTT INDYCAR SERIES championship.