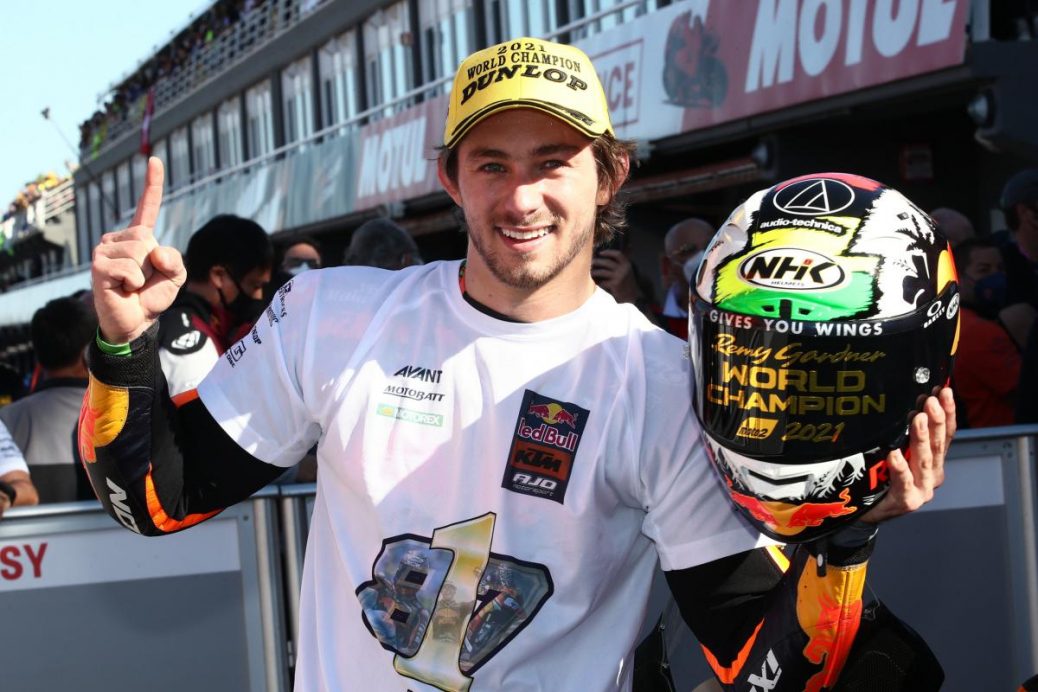 It’s time to get to know reigning Moto2™ World Champion Remy Gardner (Tech3 KTM Factory Racing) a little better ahead of the Australian’s maiden premier class voyage in 2022. So, below is a brief look at Gardner’s journey to MotoGP™. A nervy final race of the season saw Gardner do what he had to do and take the 2021 Moto2™ title. In 2015 Gardner joined the CIP Team with a Mahindra bike, and moved to Moto2™ in 2016, ending the year with Tasca Racing. Gardner ended the campaign with a win in Portimao, setting him up for a stellar season with Red Bull KTM Ajo. In the opening nine races, Gardner finished off the podium just once, winning three. Wayne and Remy Gardner have become only the second father and son duo to become World Champions.