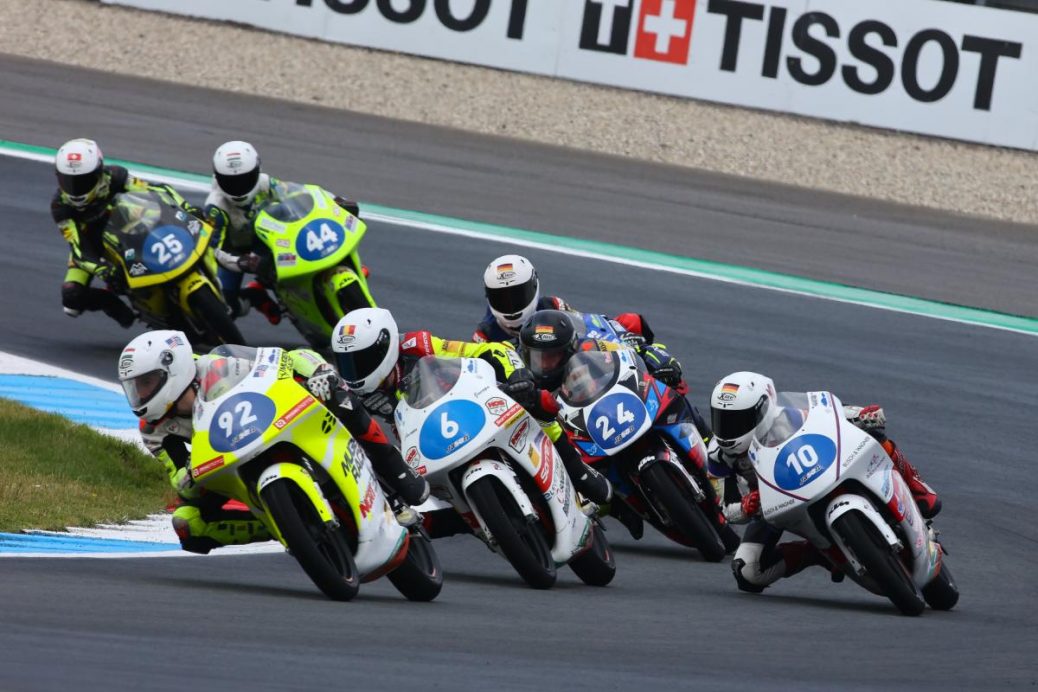 The Northern Talent Cup enters its third year of competition in 2022 and is set to race alongside the FIM MotoGP™ World Championship, IDM and, for the first time ever, the MOTUL FIM Superbike World Championship. The application period for 2022 closed on the 31st of December 2021, and the Entry List for the season ahead can now be revealed. The maximum of 26 full-time riders are set to battle it out for the crown, including 13 rookies, with 10 countries represented: Austria, Belgium, Czechia, Denmark, Germany, Hungary, Italy, the Netherlands, Switzerland and Ukraine. The seven-round, 14-race 2022 season sees the NTC race in five different countries on six different tracks, with competition set to begin at Le Mans alongside MotoGP™ in May.