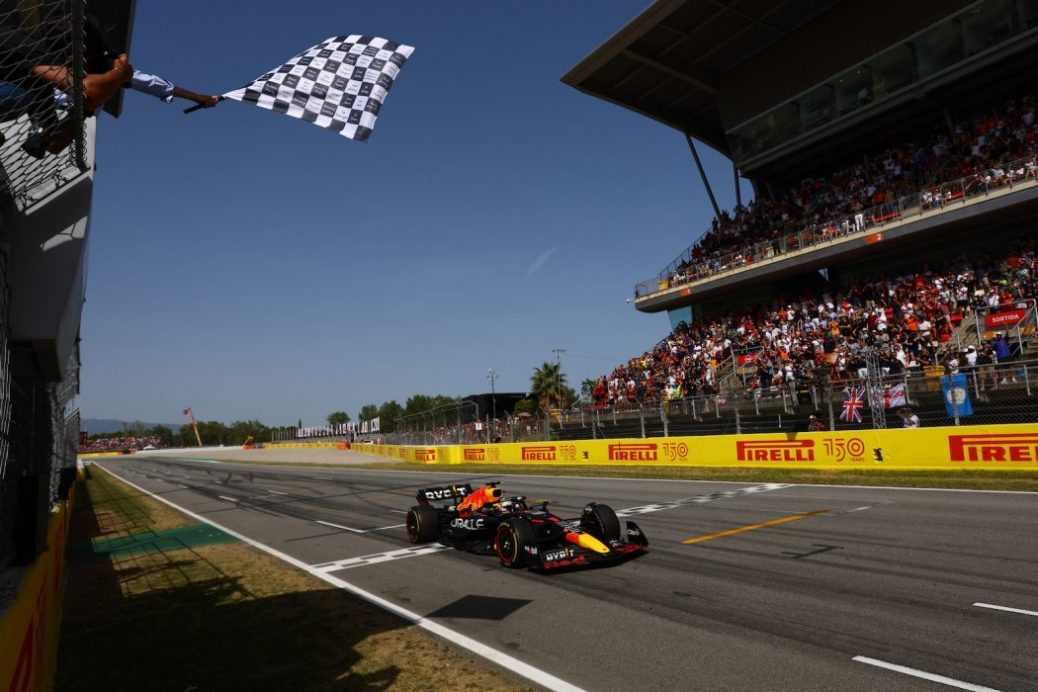 Max Verstappen won an action-packed 2022 Formula 1 Spanish Grand Prix as pole-sitter Charles Leclerc retired from a comfortable lead. Sergio Perez took second place to secure Red Bull’s second one-two of the season, as George Russell finished third for Mercedes, having been involved in an epic bout with eventual winner Verstappen. So Verstappen pitted a second time from mediums back to softs on Lap 29 and caught up to Russell’s tail by Lap 37 when Russell swapped for another set of mediums. Sergio Perez was briefly in the lead now – but pitted soon after for a new set of mediums. Covering off Perez’s alternate strategy and tyre life advantage, Verstappen too was pitted for softs on Lap 45, a new set of mediums now giving him a prime opportunity at prying the leadoff Perez. Verstappen was allowed past and eventually won by 13 seconds; Perez took P2 and fastest lap having stopped for softs late on.