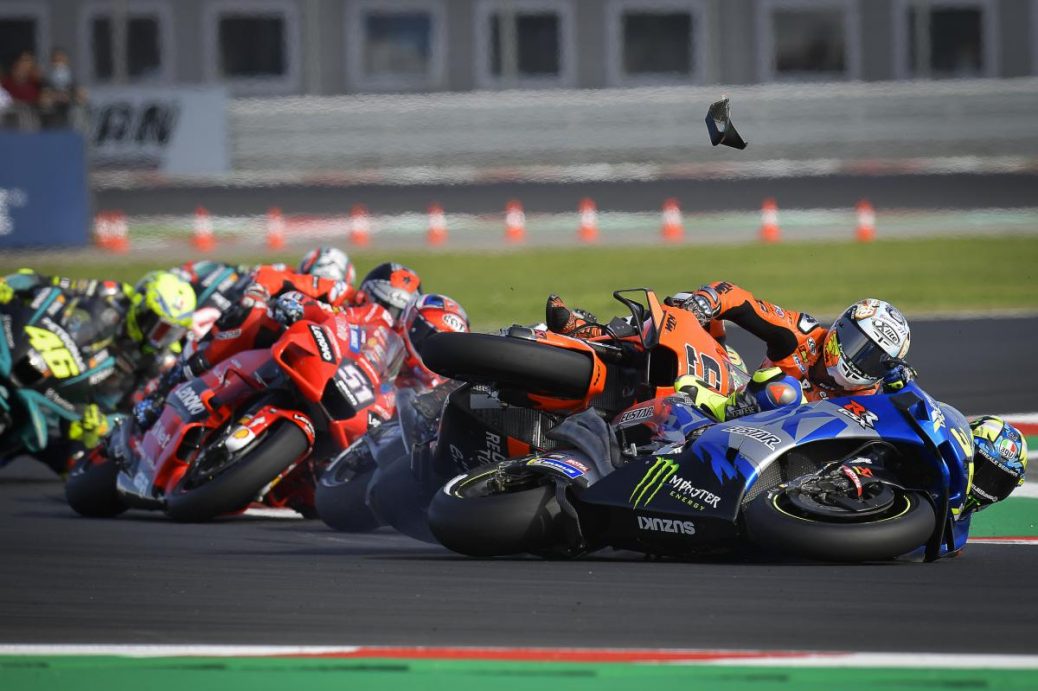 The ever-fascinating MotoGP™ falls report for the 2021 season has been released, as we take a deeper look at some of the crash statistics from this season, including who crashed the most, what corners saw the most falls, the sessions that saw the most falls, falls per event by class, and the number of falls between 2010 and 2021. The graph below shows which riders crashed the most during the 2021 campaign in the MotoGP™, Moto2™ and Moto3™ classes. When comparing to seasons that had at least 18 Rounds from 2014, 2021 actually saw the least amount of crashes across all classes – 950. Unsurprisingly, across all three classes, the session we witnessed the most crashes in are the races (297). Interestingly, FP3 – between the trio of classes – then has the second most crashes with 157. Below you can see the top three hotspots for crashes were in 2021.