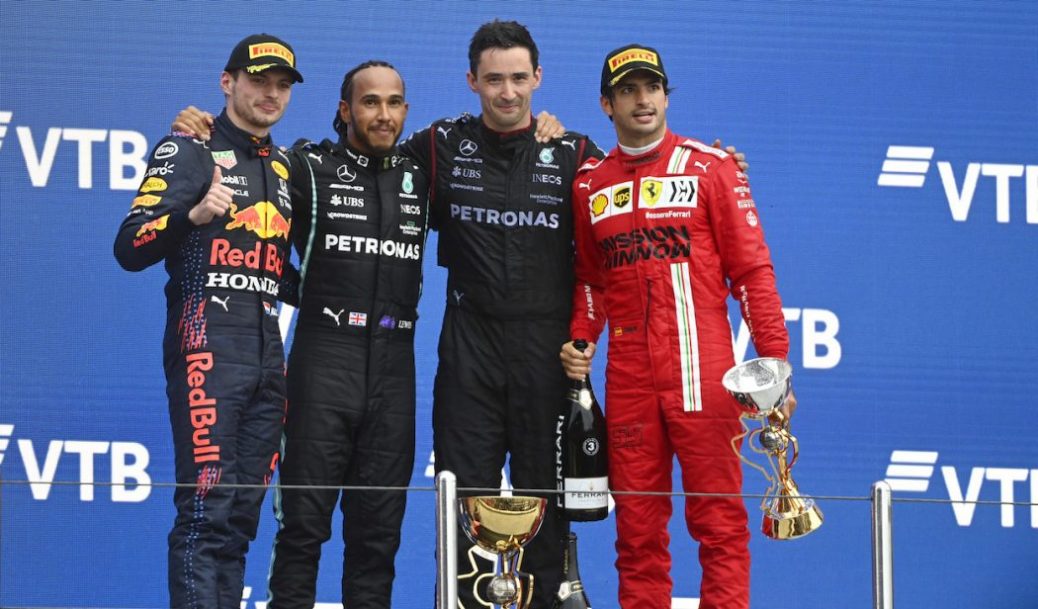 Lewis Hamilton took his 100th Grand Prix victory in the 2021 Formula 1 Russian Grand Prix that started in dry conditions and ended under the rain, the Mercedes driver making a late switch to intermediate tyres to take the lead when pole-sitter Lando Norris agonisingly slid out of the lead with just two laps left. And it was Ferrari’s Sainz who took the final podium place – having briefly led over Norris – with an early switch to hards from mediums. Valtteri Bottas started 16th but took fifth having pitted for mediums just after Verstappen, while Fernando Alonso started sixth and finished there with a long first stint on hard tyres.