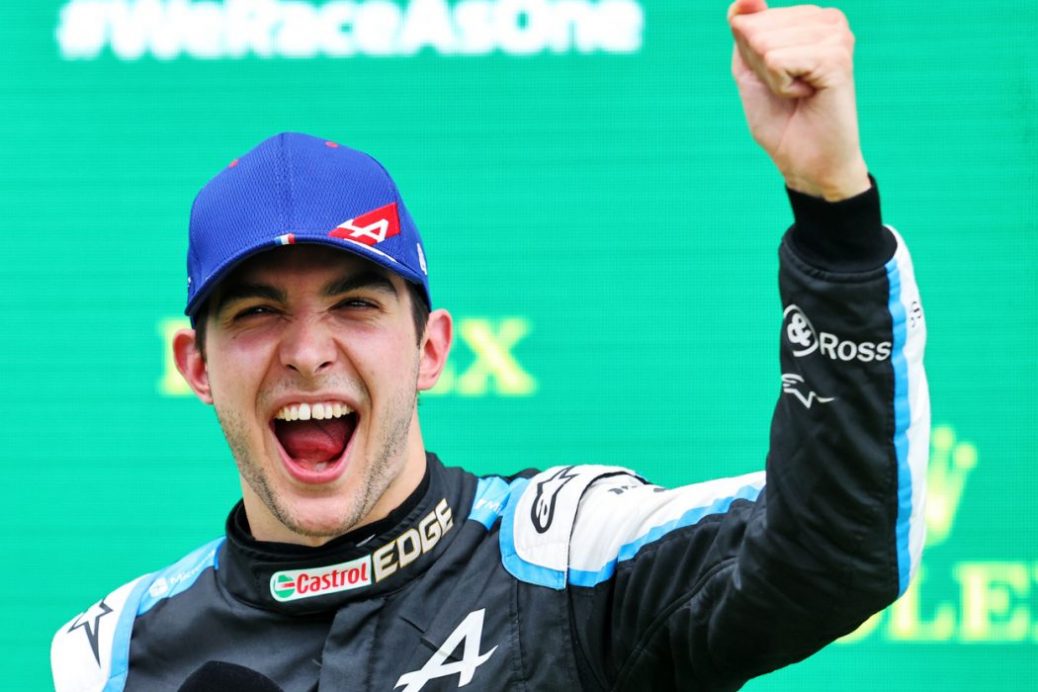 Alpine’s Esteban Ocon has claimed his maiden Formula 1 victory in what was, without doubt, one of the most thrilling Hungarian Grands Prix of all time, ahead of Aston Martin’s Sebastian Vettel – while Lewis Hamilton recovered from being last at one point to claim P3, as Max Verstappen could only take 10th after Lap 1 contact in a crash that triggered a red flag. That allowed Ocon to take a lead that he’d hold for almost all the 70 laps at the Hungaroring, holding off the race-long advances of Vettel to take his first single-seater win since 2015, as Vettel secured his second P2 of the season after a fine drive.