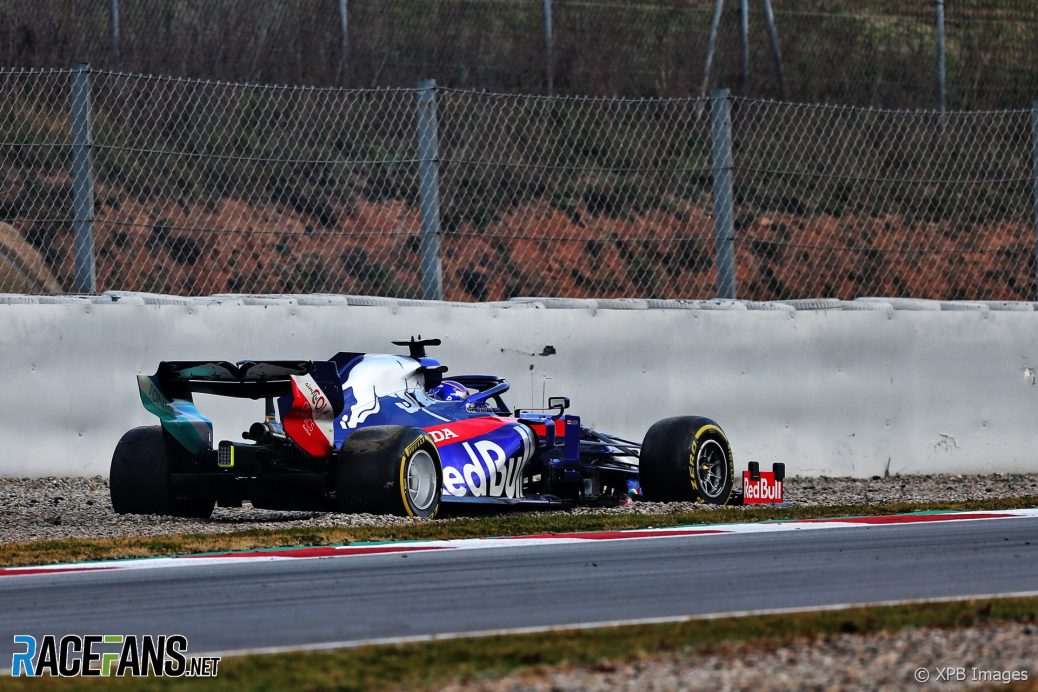 Ferrari remained at the head of the time as testing stopped for a one-hour lunch break on day two at the Circuit de Catalunya.
Charles Leclerc, who has taken over from team mate Sebastian Vettel at the wheel of the SF90, got within a tenth of a second of his team mate’s best time from yesterday.
The Haas driver was the only one to get within a second of Leclerc, edging Antonio Giovinazzi by less than a tenth of a second.
Albon had another quick spin on the approach to turn 10 later in the session, but was able to continue.