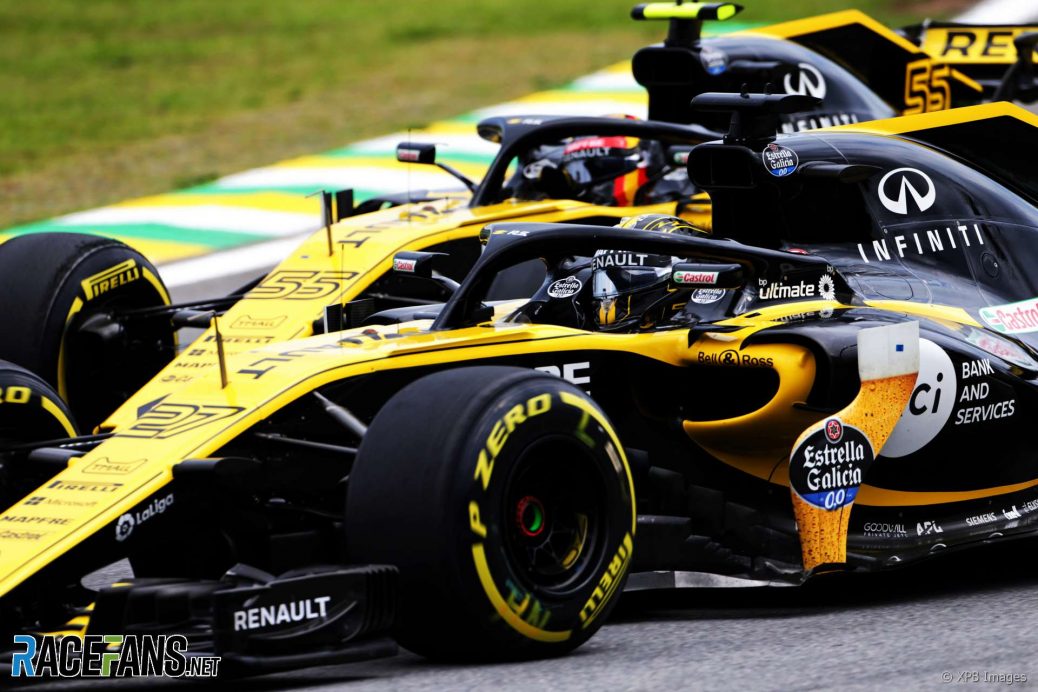 The intra-team battle at Renault this year was a tasty one, featuring two drivers who destroyed their previous team mates to the point that they lost their seats.
The result was intriguing but, sadly, short-lived: Daniel Ricciardo’s arrival at the team means Sainz is moving on after just one full season.
Renault is ramping up its operation to get to ‘fighting weight’ and it wasn’t until the European season began that Sainz’s team was assembled around him in its intended form.
It was only at the final races that Hulkenberg restored his supremacy, by which point it was long known that Sainz will be a McLaren driver in 2019.