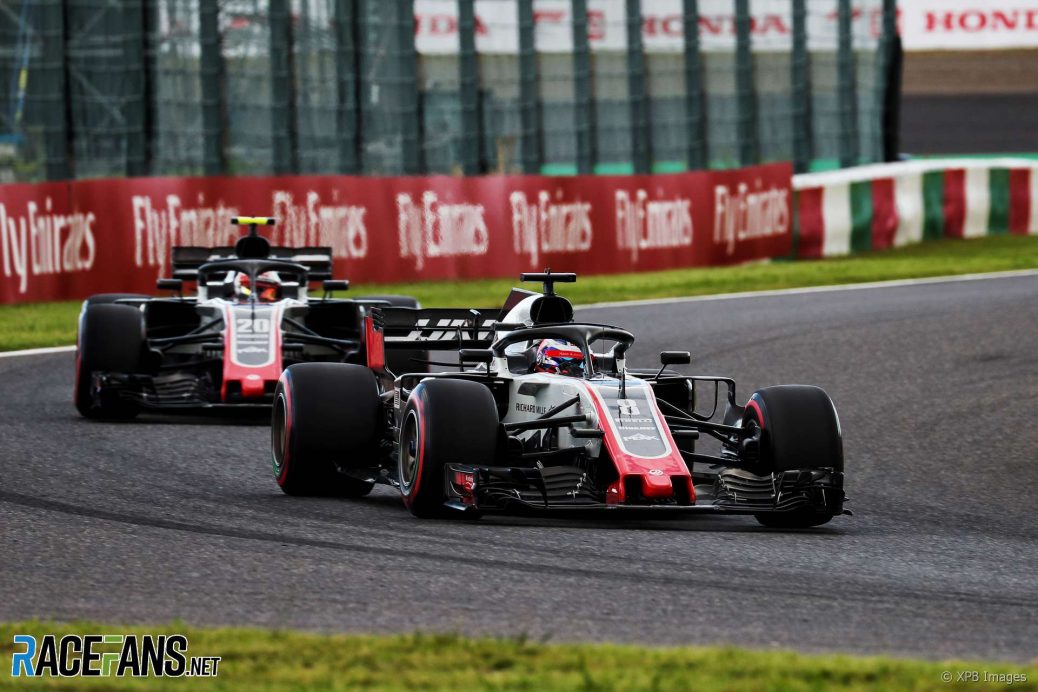 Halfway through 2018 it looked as though Kevin Magnussen had eclipsed Romain Grosjean in his second season at Haas.
Magnussen led his team mate 7-3 in qualifying at the time and had scored most of the team’s points.
It was too late for him to end the season ahead of Magnussen in the championship, which would have happened even without the eight points he lost at Monza due to a disqualification (Magnussen lost four points in similar circumstances in Austin).
But by the end of the year he at least more like 2013 Grosjean than the 2012 model.