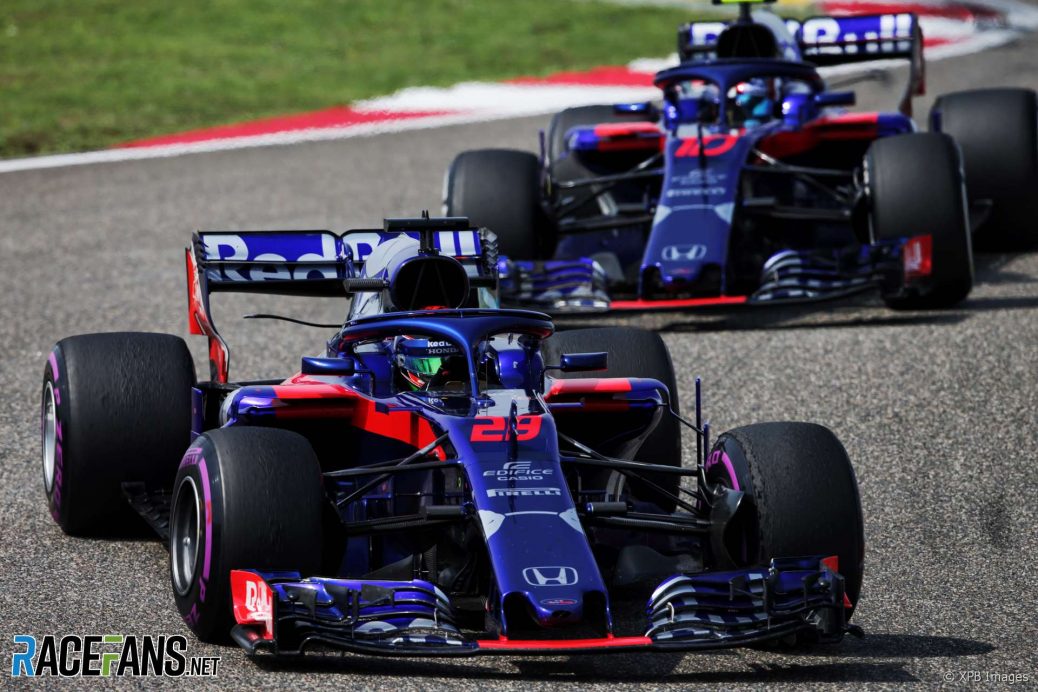 This was despite a notable cock-up at the third race of the year in China, where Gasly ran into the back of Hartley while his team mate was supposed to be letting him through.
Gasly maintained the team sided with him over the collision, claiming Hartley let him by at the wrong point on the track.
Hartley had many more chances to practice letting Gasly through as the season went on.
Gasly let him by when ordered to in Austin, but afterwards the pair rowed over whether Hartley had only beaten Gasly because the latter’s car was damaged.