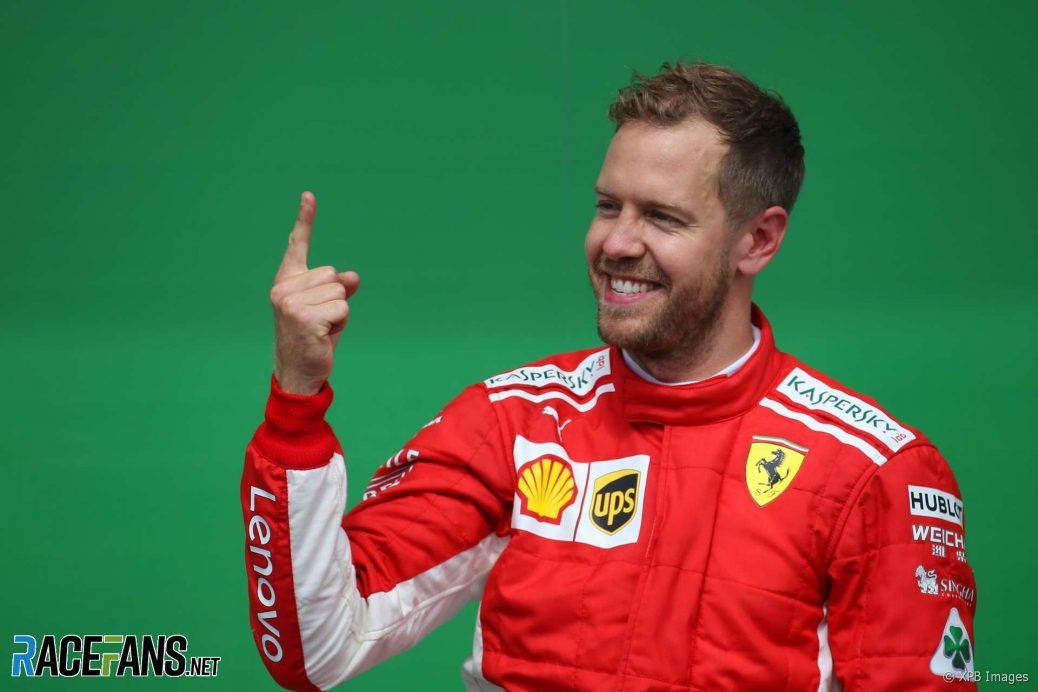 Although his victory in the opening race came thanks to a stroke of luck with a Virtual Safety Car, Vettel followed it up with a gritty pole-to-win drive in Bahrain, nursing the softest possible tyre selection to the end of the race.
When the rain fell in Hockenheim it wasn’t an inexperienced driver in a car lacking downforce which crashed, it was Vettel in his Ferrari.
Vettel and Ferrari were at pains to argue that the team’s slump in performance when it went the wrong way on car development was what wrecked his title hopes.
Browse all 2018 F1 season review articles.